Leaks: A Bezel Less Smartphone with Enormous Display! Will it be Xiaomi Mi5?

On one side, India is still far away from its flagship Mi4 and the leaks are purportedly announcing for its successor. Yes, the Chinese Mobile company which is known as Apple of China has been reached to pinnacle with its quality devices’ grand success in every market. India did the warm welcome of this maker by giving a magnificent response to Xiaomi Mi3 smartphones. Now few images of Mi4 successor, allegedly called as Xiaomi Mi5 has been tipped on Chinese social networking website Weibo.

As per the leaked images, we can say that Xiaomi is working on a new device which will be astonishingly miraculous device with almost all top-notch features. Well, what the picture is describing in a simple look is its bezel less design. Yes, it seems like Company is trying to put its full efforts in manufacturing a device which will have enough big display. Besides, you feel like holding a quite tiny device in hand. Credit goes to this alleged handset’s side bezels which are cropped to a large degree. This appreciable trim is giving a bezel less look to this anticipated smartphone. 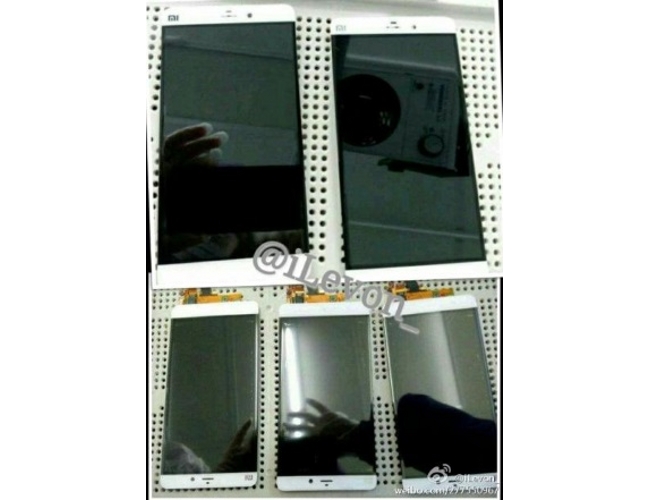 Going deep inside the photos, we can see the larger display than Xiaomi Mi4. So, if the rumours and leaks are going on the right direction, then we will soon be experiencing an enormous screen on Mi4 successor which is speculated as QHD display. It is expected that Company will pack it with Qualcomm Snapdragon 805 chipset and 3GB RAM. Moreover, all the other specifications are muddling up to create conundrum. We can expect that it would arrive by end of the 2015 or may be priced at Rs. 20,000 in India as per rumours.

However, when it will hit market and at what price tag Company will be offering this handset, is quite uncertain. So, try to take all this leaks and rumours as a pinch of salt or two, as rumours and leaks are made to create hoopla.