Alongside Moto- G6 Series, Lenovo- owned Motorola debuted its Moto E5 series of smartphones at the launch event on 19th April 2018 at São Paulo in Brazil. Moto G6 series smartphones include Moto E5, Moto E5 Plus and Moto E5 Play which will be placed after the Moto G6 variants in terms of design and specifications. The Moto E5 and Moto E5 plus are said to feature an 18:9 aspect ratio display, whereas the Moto E5 Play has a traditional 16:9 aspect ratio. All of the Moto E5 series smartphones come with selfie flash and the fingerprint sensor is positioned in the Motorola logo on the rear panel.

The Moto E5 will be available at EUR 149 (roughly Rs. 12,000), whereas the Moto E5 Plus will be priced at EUR 169 (approximately Rs. 13,700). While unveiling the Moto E5 series smartphones at the launch event, the company stated that Moto E5 and Moto E5 plus will unveil in the Asia Pacific which includes Europe, India and Latin America in the coming months. The Moto E5 Play will be designed especially for the US and its price details have not been revealed by the company. As of now, it is not confirmed that when the company would unveil Moto E5 series smartphones in India and at what price.

Moto E5 bears a 5.7-inch Full HD+ display with the screen resolution of 720 x 1440 pixels and has an 18:9 aspect ratio. It is powered by a Qualcomm Snapdragon 425 SoC which is clocked at 1.4GHz quad-core, paired with 2GB of RAM. Under the hood, it is fueled by a 4000mAh battery. Moto E5 will be available in two variants including single-SIM (Nano SIM) and dual- sim. It runs on Android 8.0 Oreo- out of the box 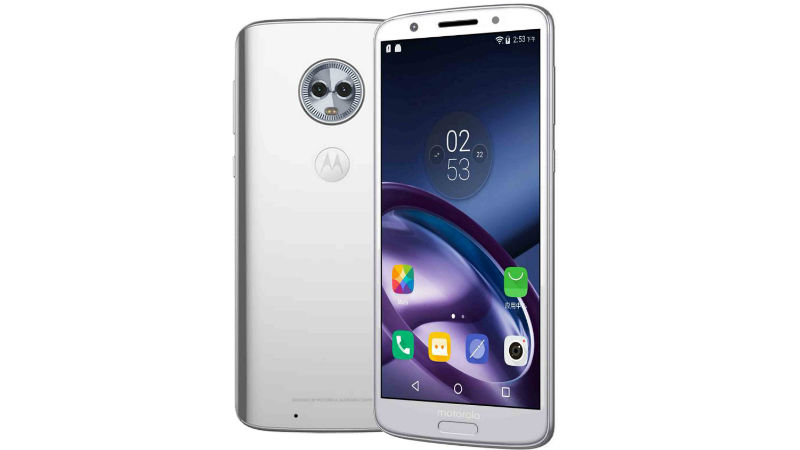 In terms of photography, the Moto E5 sport a 13-megapixel rear camera with features such as LED flash and aperture of f/2.0 and a 5-megapixel front-facing camera for capturing and video calling. It will be offered in two color options: Flash Gray and Fine Gold colour.

The Moto E5 Plus comes with a top hardware amongst three smartphones. It is said to feature a 6-inch IPS display with same aspect ratio and the HD+screen resolution as its siblings Moto E5. The key highlights of Moto E5 Plus bring a larger 5000mAh battery with the support of Turbo Charge and the smartphone will run for 6 hours only in 15 minutes of charge, as the company claims. It is powered by a traditional Qualcomm Snapdragon 435 processor SoC, paired with 3GB of RAM and 32Gb internal storage with an option to extend up to 128GB by using the memory card. It is coated with a splash-resistant which helps to protect the smartphone from splashes of water and other liquids. 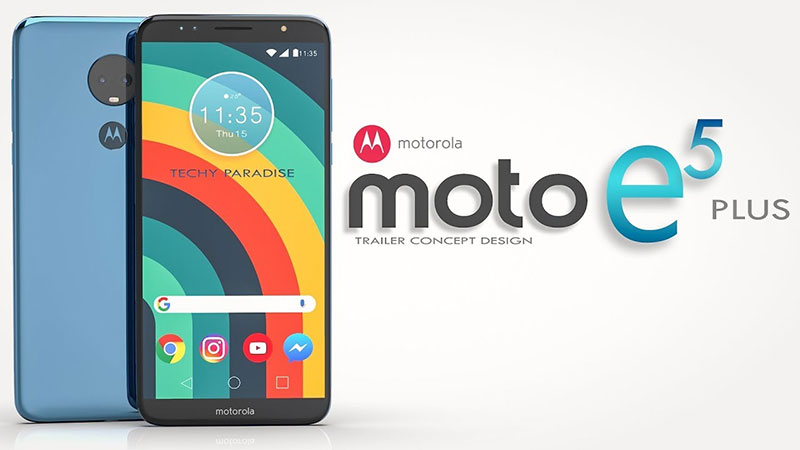 The smartphone is equipped with 4G LTE, Wi-Fi, Bluetooth 4.2 LE, the usual sensor array, 3.5mm earphone jack, and Micro-USB port. The Moto E5 plus launched in four color options including Black, Mineral Blue, Flash Gray, and Fine Gold. the weight of the smartphone is 200 grams and its dimensions are 161.9x75.3x9.35mm.

The Moto E5 Play flaunts a smaller 5.2-inch HD display as compared to its other siblings and has a screen resolution of 720x1280 pixel. Under the hood, it is fuelled by a 2800mAh battery. It is equipped with a water-repellent and splash- proof coating which helps to protect the smartphone from liquids. The company says that it will be available in two hardware systems: the first one is Qualcomm Snapdragon 425 SoC and another one is Qualcomm Snapdragon 427 SoC. The Moto E5 Play is equipped with 2GB of RAM and 16GB internal storage that can be further extended up to 128GB with the help of memory card. The smartphone is unveiled in three color options including Black, Dark Lake, and Flash Gray colors. It measures 151x74x8.85mm and the weight of the smartphone is 150 grams. The Connectivity features of Moto E5 Plus is identical to Moto E5 Plus. 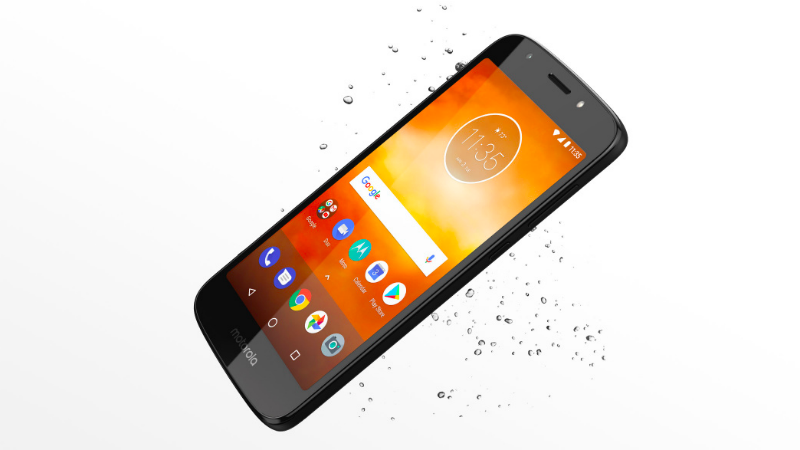 Moto G7 and Motorola One Launched In India With Dual Rear Camera And 4GB RAM
Views: 897