With only a few days remaining to its launch, Motorola’s latest smartphone Moto G5S Plus is witnessing even more frequent leaks now. The latest leak of the new smartphone in the Moto G-series reveals the image of a silver color variant having a dual back camera setup. The photo was shared by Andri Yatim, a popular tipster, on his Twitter account along with specifications of the new Moto smartphone. 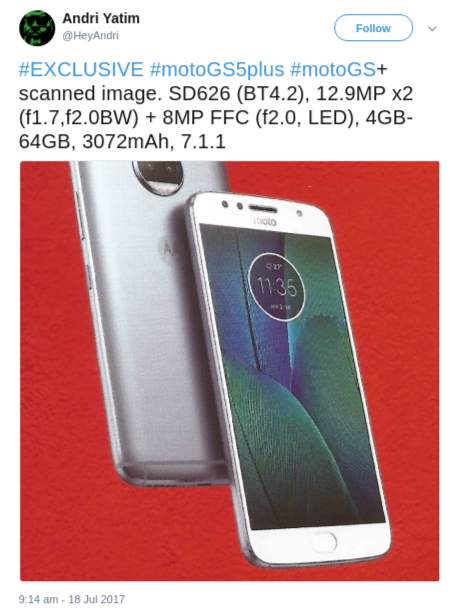 The image and specifications revealed by Andri confirm most of the previous leaks. According to this leak, Moto G5S Plus runs Android 7.1.1 Nougat OS and is powered by a 626 SoC Qualcomm Snapdragon processor and a 4GB of RAM. As shown in the image, the phone will have two 12.9MP rear camera sensors with slightly different apertures. The phone is also likely to have an 8MP front camera with LED flash for selfie photos and video chatting. Moto G5S Plus smartphone is expected to be released with 64GB inbuilt memory and an in-built external memory card slot. 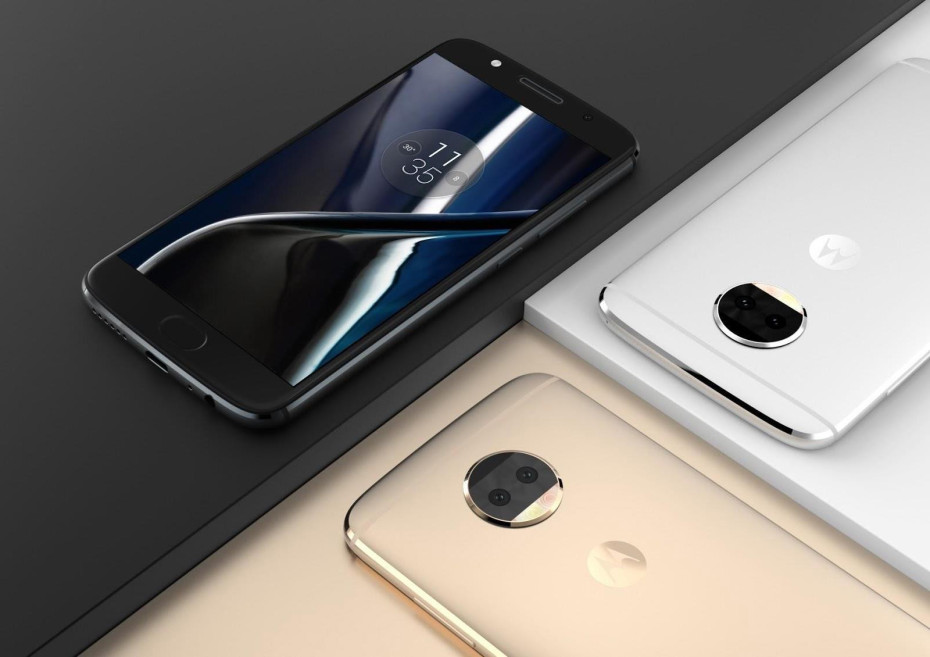 Coming back to design, the new Moto G-series smartphone is expected to have a 5.5-inch full HD screen with Corning glass protection fitted into an all metal body. The phone is likely to have a fingerprint scanner attached to the home button. Moto G5S Plus may be launched along with some other Motorola smartphones on July 25 at an official event in New York City. The price of the phone is expected to be around 18-20k for the Indian users.