Lenovo- owned Motorola is planning to expand its Z- series by launching the Moto Z3 play which is likely to unveil in the coming months, as the timeline and date is not available at moment. Moto Z3 Play is to the successor of Moto Z2 Play which was launched in June 2017. Earlier this month, the leaked photos of the upcoming Motorola smartphone had surfaced on the internet which reveals its key specifications and design. Recently, renowned tipster Evan Blass has posted images of rumored Moto Z3 Play reveal its design from all possible sides.

As per the images posted by Evan Blass, Moto Z3 Play will feature a bezel-less display which we can see in the below images given below. According to the previous leaks, it is anticipated that the Moto Z3 Play will come with a 6-inch FHD+ display along with 18:9 aspect ratio and will have a screen resolution of 2160 x 1080 pixels. 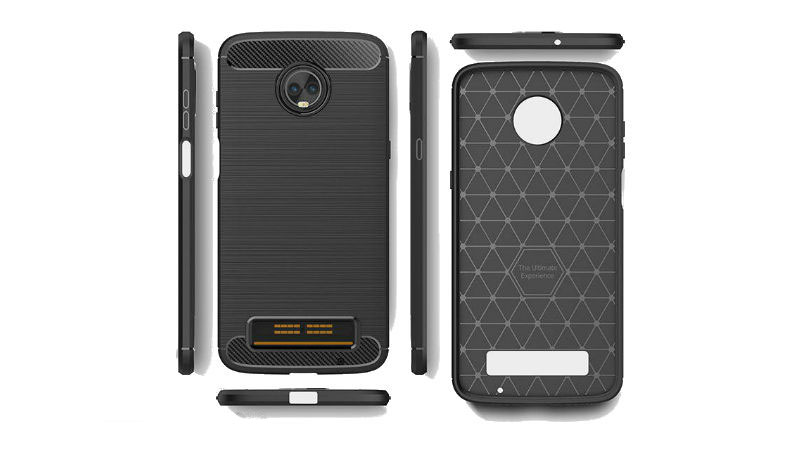 The top bezel of the smartphone boasts a selfie camera, but it looks like that it does not have a LED flash which we have earlier seen in its predecessor. Likewise Z2 Play, it seems that Moto Z3 Play will sport a 5MP selfie camera. The earpiece is also available on the top bezel. A rectangularly shaped fingerprint scanner is missing on the chin of Z3 Play that was previously found in Moto Z2 Play. The bottom bezel of the smartphone has a ‘Motorola’ branding.

The dual rear camera is placed inside the round- shaped circle which is positioned horizontally and LED flash just underneath the rear camera set up. The dual rear camera setup is likely to feature a 12MP primary camera and an 8MP secondary camera. The company’s Motorola logo is available slightly above the center on the rear panel of the smartphone. Additionally, a 16-pin connector is present on the lower side of the rear panel that will allow supporting Moto Mods accessories as well as which were specifically created for the Z2 Play.

Previously, Motorola Moto Z3 Play gets certification from Federal Federal Communications Commission (FCC) Listing in the U.S which indicating the launch of the smartphone imminently particular in the US market. Moto Z3 Play will be powered by a Qualcomm Snapdragon 636 chipset, paired with 4GB/ 6GB of RAM and 32GB/ 64GB of internal storage. It is anticipated that it will be fueled by a 3,000mAh battery.