HMD Global which is a new brand of Nokia is all set to unveil the latest flagship smartphones in the upcoming Mobile World Congress (MWC) Event which will be scheduled in Barcelona from 26 February 2018 to 1st March 2018. Recently, the rumors have appeared online suggesting that the new Nokia smartphone with the model number TA-1005 has been trademarked with 'Nokia 8 Sirocco'. It is anticipated that Nokia 8 (2018) edition to be dubbed as ‘Nokia 8 Sirocco’. The term Sirocco used by the company in Nokia 8800 variants earlier in 2006 which was used for the premium smartphones.

According to Mobielkopen which is a Dutch website, the new smartphone with the model number TA-1005 might be dubbed as Nokia 8 Sirocco. The rumors also suggest that the Nokia 8 (2018) edition likely to be unveiled at MWC Event along with the Sirocco branding. The name of the new smartphone has appeared online on the certification website of Thailand. 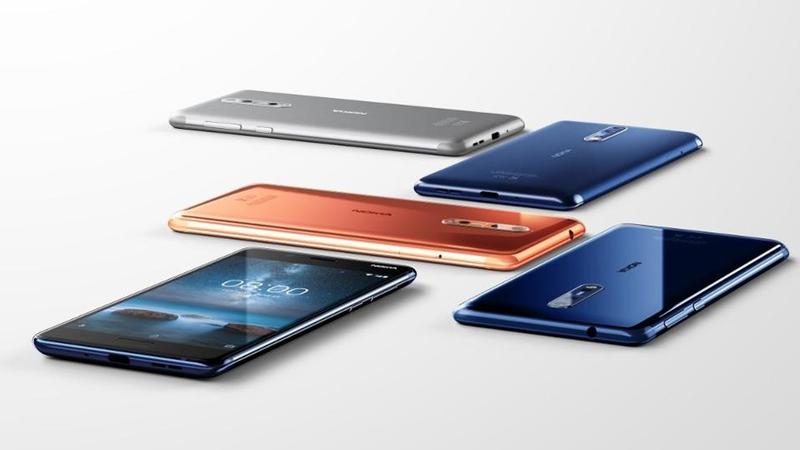 The previous reports suggested that the TA-1005 model number was connected with Nokia 9 and it is anticipated that it will be unveiled at MWC 2018. According to Federal Communications Commission (FCC) website, previously it was rumored that the Nokia 9 was about to come with the model numbers TA-1005, TA-1042, and TA-1009.

Read Also: InFocus A2 Launched in India at Price Tag of Rs 5,199

As per the Federal Communications Commission (FCC) certification, listing, the smartphone with the model number TA-1005 is likely to be dubbed as Nokia 8 Sirocco and it will come with a 5.5-inch OLED display. It is expected that Nokia 8 (2018) will be powered by a Snapdragon 835 processor coupled with 6GB of RAM and 128GB internal storage. It is likely to be powered by a 3,250mAh non-removable battery along and also supports fast charging. It is anticipated that it will come with dual rear camera setup comprises 13 megapixel primary and 12-megapixel secondary camera. It is tipped that it will come with a 5-megapixel front-facing camera for selfies and video calling.

The HMD Global is not modifying its model's name for the first time, previously we have observed that Nokia 3310 variant came with a new variant in 2017 and now the company has recently launched the 4G version of the phone.

The company makes the promise that it will unveil the flagship smartphones at Mobile World Congress (MWC) Event 2018. The rumors are rising that the Nokia 9 and Nokia 1 will launch at the event. Along with Nokia 9 and Nokia 1, it is anticipated that Nokia 8 Sirocco variant will also unveil at the event. These are the speculations that has appeared online recently. Although, the company has not revealed any information about the upcoming flagship smartphones.

Debut of Nokia 6.2 is Expected This Spring at a Mid-range Price Similar to Nokia 6.1
Views: 981