Nokia About To Return In Smartphone Market With Android Platform

Reports are revealed of Nokia getting ready to launch its two new smartphones with Android platform soon. A hint has attained by a Chinese company named GizmoChina which reported about the two new Nokia smartphones with a display size of 5.2 and 5.5 inches respectively.

Nokia has been proposing smartphones based on windows for a long time and now is about to take a step ahead. Both of the phones are reported to have a display of QHD (2560x1440 pixels) resolution and will be fueled with a snapdragon 820 chipset. As it is expected to be launched a bit later it may be powered by the updated version of processor snapdragon 821. The devices are expected to have a rear camera of 22.6 megapixels. 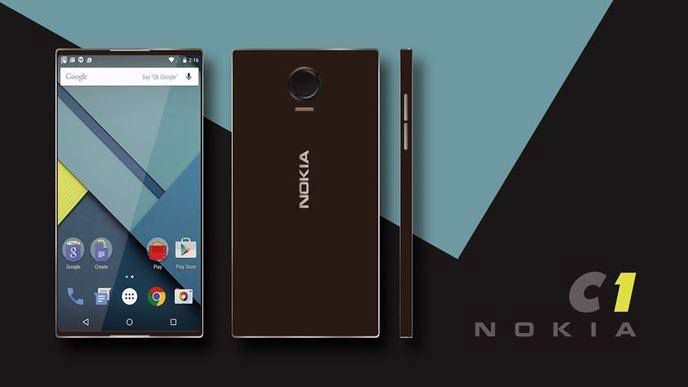 The report precisely conveys the device having a full metal body structure which will give users the real Nokia feel. The device will also have the IP68 certification which will make them dust and water resistant. The device will be operated on the Android 7.0 Nougat OS out-of-the-box. It has been reported that the devices will be launched in the first week of 2017 in China.

The price of the device is expected to be nearly about 3,000 Yuan (Rs 30,000 approx.). After the rumors have been revealed of getting Nokia its step into the android platform and CEO Rajeev Suri has confirmed that too, we have our ears stood up on leaks having the smartphones named Nokia P1 and Nokia C1.

In which, Nokia P1 is expected to share some of its hardware components with the sharp Aquos P1 smartphone, which holds a 5.3-inch display size powered by snapdragon 820 processor, 3GB ram and an expandable memory of 32GB. It has a rear camera of 22.6 megapixels and a long lasting 3,000mAH battery with speed charging.