Nokia has launched its three android based smart phones working on AOSP Android Open Source Project powered by Microsoft and Nokia which will run android apps.

Nokia X+ is the elder sibling of Nokia X having same features and looks with just a single difference in its RAM. Nokia X+ is entangled with 768MB RAM. All the other features display screen, resolution, camera specifications are the same as of Nokia X. Both Nokia X and Nokia X+ are powered by a battery of 1500mAh.

Nokia XL is the eldest sibling of the three android based Nokia phones. This phone is coupled with a larger display of 5 inch having 480x800 resolution, a better rear camera of 5 mega pixels and front camera of 780p supporting 768MB RAM. Nokia XL is powered with a battery of 2000mAh. All the other specifications are same as that of its younger siblings. 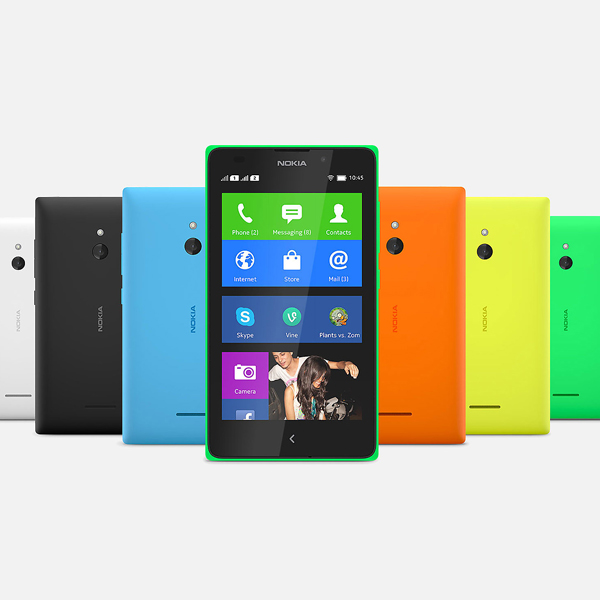 The range of phones will vary depending upon the features in them.

All the prices are exclusive of taxes. Nokia X will be on sale immediately in India, Europe, Latin America and Asia-Pacific while Nokia X+ and Nokia XL will be out in second quarter of 2014.

As the phones works on forked version of android, these smart phones won’t support Google play store but have inbuilt apps like offline maps, navigator, free cloud storage-sky drive and Nokia MixRadio. Users can download apps through use of third party. All three phones will take micro SIM and support 3G.

Every X family Nokia phone will have one month of free Skype subscription.