OnePlus the Chinese smartphone maker has been making rounds in the media due to several reasons, one being the upcoming launch of its flagship product OnePlus 3. Not just this, the company has finally rolled out the Android 6.0.1 Marshmallow-based OxygenOS 3.0.2 update for all its OnePlus 2 users. The update is available via over-the-air (OTA) however users can also do a manual check on the update through their Settings menu. 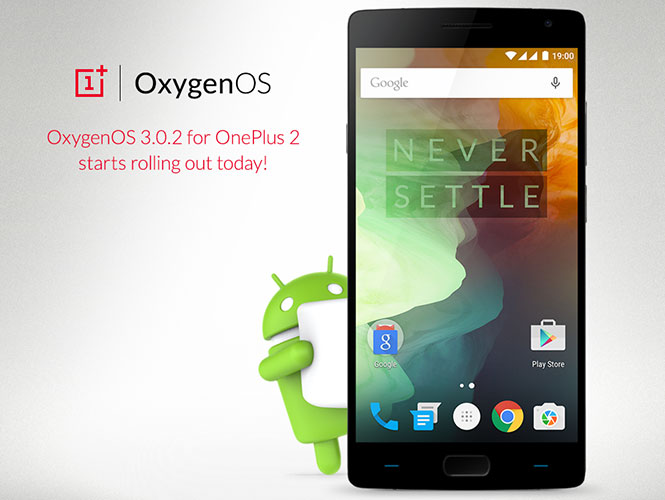 The new upgrade brings with itself a long list of features like enhanced doze mode, camera improvements, and better fingerprint sensor performance. Android 6.0.1 Marshmallow is solely based on company's OxygenOS (variant 3.0.2) and as per reports from the company's end, the rollout would take at least 48 hours to reach out the entire OnePlus 2 user base.

This Marshmallow update was due from a long time and now it brings along a plethora of new things. It majorly includes improvised application permissions, Google Now on Tap feature, the addition of new Chrome feature that drastically changes the Web experience for Android smartphone users. The upgrade gives new and better ways to handle Web links alongside giving Android Pay mobile payment system officially with Android M. It further gives a new Silent profile, and a 'Do Not Disturb' mode to block out all sounds or just the alarms and notifications.

OnePlus additionally records down the new key changes that come up with the Android 6.0.1 Marshmallow-based OxygenOS 3.0.2 upgrade, highlighting an "Enhanced" version of Android M's Doze feature that allows smartphones to manage battery power smartly, enhancing the overall battery life. Not only this, the update additionally improves the OnePlus 2's fingerprint sensor performance and acknowledgment by deleting the entire past records encouraging users to feed in the new fingerprint sensor recognition data once more into their smartphones. 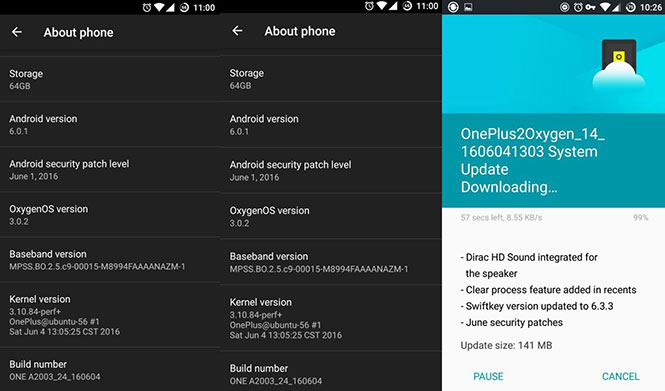 The upgrade has also improved camera UI with autofocus optimization and the company has also evacuated MaxxAudio and Tuner replacing it with Dirac HD Sound technology for the speakers. Additionally, the keyboard too gets a Swiftkey 6.3.3 upgrade, alongside other system-wide performance improvements.

Read Along: OnePlus 3 to Launch in June

Much Awaited OnePlus 7 Pro officially Launched; all set to go on sale
Views: 513