The most awaited OnePlus 5 smartphone has now been launched and is undoubtedly one of the best Android smartphones we’ve ever seen. According to the company, this time, the smartphone is “more than just specifications”, as it is a packet full of highlighting features. Some of the highlighting features of the smartphone include premium design like iPhone 7 Plus, dual rear camera setup, enhanced battery life and a massive 8GB RAM. Moreover, the smartphone is being called as the "slimmest OnePlus flagship ever" at 7.25mm by the company. OnePlus has not revealed any word on OnePlus 5 in India so we just have to wait till Thursday's India launch event to find it.

The OnePlus 5 will be available in the US with a starting price of USD 479 (Rs 31,000 approx), and in the European markets, it will get a price tag of EUR 499 (Rs 35,900 approx). The handset is already up for pre-orders in aforementioned markets along with an Early Drop system, under which the shipments will be made on Wednesday, June 21, a complete six days ahead of the general sales, which will begin on June 27. The company has also announced to provide special offers to the early drop pre-order buyers. Meanwhile, Amazon India has confirmed that the new OnePlus 5 will be available from 4:30 pm IST on Thursday, June 22 itself. 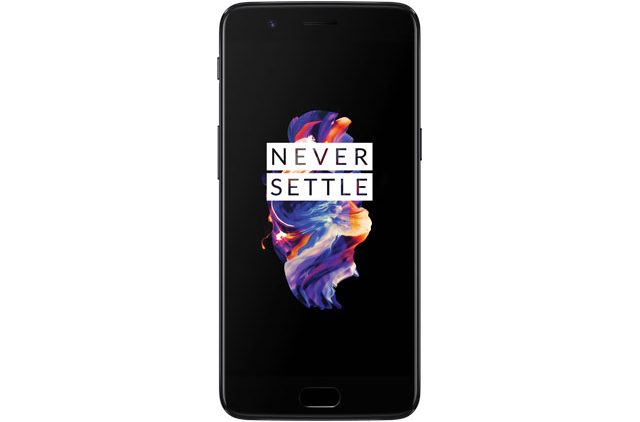 Concerning about design, the OnePlus 5 is blessed with an anodised aluminium body and looks almost like the Apple iPhone 7 Plus, along with a primary difference of the Shape of its Home Button. At the launching event, the company elaborated the design of its new offering and the co-founder Carl Pei also showed a new a new "continuous hard line around the edge of the phone", which is called as the Horizon line. Moreover, the handset also comes with rounded corners compared to the previous offerings and is blessed with iPhone 7 Plus-like crescent-shaped antenna at both top and bottom sides of it. The handset will be available in two colour variants including Midnight Black and Slate Grey.

In term of specifications, the OnePlus 5 is blessed with a 5.5-inch full-HD Optic AMOLED display along with sRGB and DCI-P3 colour standards, a resolution of 1080x1920 pixels and 2.5D Gorilla Glass 5 protection. It is powered by the Qualcomm Snapdragon 835 SoC with a maximum clock speed of 2.45GHz coupled with 6GB/8GB LPDDR4X RAM and 64GB/128GB inbuilt memory space. 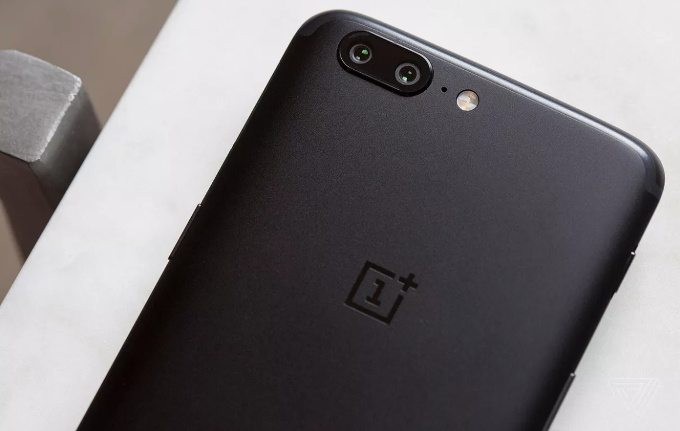 Additional camera features of the GSM handset include Fast AF (40 percent faster than the OnePlus 3T), a dual LED flash module, 4K video recording support, EIS, Bokeh effects, optical zoom up to 2x, and virtual zoom up to 8x. Apart from it, the rear camera also comes with a new Pro Mode, which includes options like ISO, shutter speed, white balance, a histogram, gyroscope-based reference line, RAW image editing, and Smart Capture for auto adjustments. A 16-megapixel front shooter with a 1-micron pixel Sony IMX371 sensor, a f/2.0 aperture, and EIS is also provided by the company which is capable of recording full-HD (1080p) video. The smartphone also comes with a screen flash feature with on, off, and auto mode. 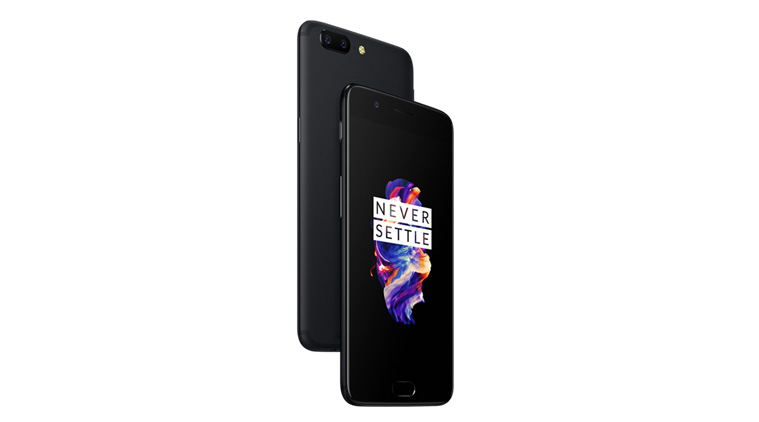 The OnePlus 5 is backed up by a 3300mAh battery, which is slightly smaller in size as compared to its predecessor OnePlus 3T that comes with 3400mAh battery. Still, along with the "hardware and software optimisations" the battery in the new handset manages to deliver 20 percent more battery life than OnePlus 3T. Furthermore, it gets the same ceramic fingerprint sensor, which unlocks the device in just 0.2 seconds. Connectivity options of the new handset include 4G LTE (with VoLTE), dual-band Wi-Fi 802.11 a/b/g/n/ac, Bluetooth v5.0, NFC, GPS/ A-GPS, and USB Type-C (v2.0). Sensors on the board include an accelerometer, ambient light sensor, digital compass, gyroscope, and a proximity sensor.

Much Awaited OnePlus 7 Pro officially Launched; all set to go on sale
Views: 1338