Samsung's lead in the tech market has now come up with the range of its flip phone, after launching Samsung Galaxy Note 5 and Galaxy S6 Edge+. The smartphone with high end specs is now available for the Chinese market. G9198 hexa-core supportive smartphone with flip edge flavored, is the first flip smartphone launched by the company.

The device grabs its power from hexa-core Qualcomm Snapdragon 808 SoC. The smartphone is newly featured high end device with Android 5.1 Lollipop OS. The dual 3.9-inch Super Amoled 1280*768 pixels resolution display is paired with Touchwiz UI for smoother interface. The pixel density is also high with a small screen featuring high density and picture quality images. The super fine display panels at its front and inside the flip are both speculating. 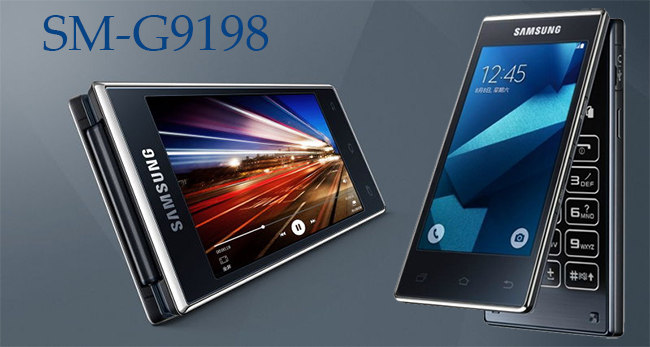 The camera features a 16MP rear snapper with the focal aperture lens of f/1.9 radius. The selfie lovers will love their edge which is being flooded with 6MP shooter. The front edge is really overwhelming which beats the Samsung's flagship phones. The handheld is blessed with 2GB RAM for the storage issue.

The device supports the LTE, NFC, Bluetooth 4.1 and many more connectivity options. It takes it's power from 2,020mAh battery with 189 hours standby. The price chit has not been placed yet and even the marketers of China and South Korea will be featuring this device.