After reportedly making rounds at global village by numerous tidings and leaks, the successor of hot-selling smartphone: Xiaomi Redmi 1S, called Redmi 2 has been announced. Keeping almost identical ingredients of original model, handset has been priced at CNY 699 and apparently joined the array of budget mobile phones. But, this Chinese giant has managed to provide some additional amenities along with its novel scion such as 4G LTE and much more to fortify its position in marketplace.

Pouring out the specs newly-launched gadget, device bears a 4.7-inch HD IPS display, which renders a pixel resolution of 720x1280p and pixel density of 312ppi. Coming to imaging front, then back panel of this dual-SIM supported handset is clubbed with an 8-megapixel camera with LED flash. Additionally, it confers a selfie snapper of 2-megapixel that is a slight improvement from 1.6MP-equipped prototype model. 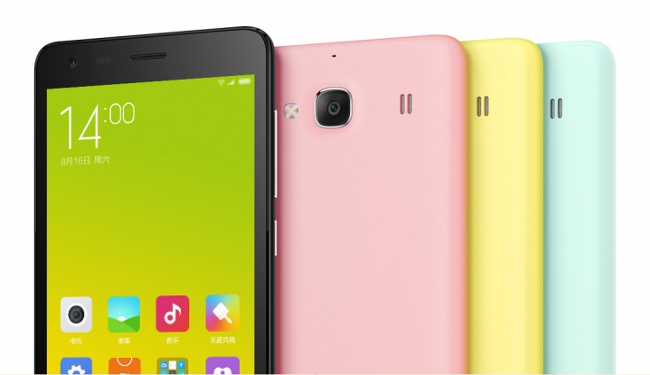 In terms of performance, handheld is integrated with Qualcomm's 64-bit 1.2GHz Quad-core Snapdragon 410 processor alongside a Adreno 306 GPU, which promise to deliver a flawless user-experience. Talking about memory, Redmi 2 is arrayed with 1GB RAM along with 8GB of inbuilt storage that can be enlarged upto 32GB via a microSD card.

Apart from 4G-LTE compatibility, comprisal of Google's Android 4.4 KitKat and a 2200mAh battery are also two main factors, which make this device more zippier and cutting-edge than its predecessor. On connectivity front, phone bestows Wi-Fi, Bluetooth, and GPS besides 4G network support.

Moreover, Redmi 2 measures 134 x 67.21 x 9.2 mm scale and a weighing of 134g as well as it will be available in five color options: Yellow, Pink, Green, White and Black. Though, smartphone has been claimed to go on sale from January 9 in China at CNY 699 that is roughly Rs. 7,100, but we are yet to hear some words regarding its arrival for other territories.

Things You Should Know About Xiaomi Redmi Note 9
Views: 11244