Samsung Galaxy S6 Active, a water-resistant version of high-end Galaxy S6 has already made its way to the Marketplace of US, where it costs a hefty amount of $694.99 (Roughly Rs. 44,200). Obviously, budget-conscious folks won't prefer to buy this rugged handset. So now, South Korean giant has brought a cheaper alternative of device, called Galaxy Xcover 3 at just $300 in order to cater the need of outdoor-oriented masses that are looking for an affordable promising mobile phone, which can withstand uneven atmospheric situations.

It's worth to mention that gadget had initially hit the shelves of European countries' retail stores, and now firm has made it available via an E-commerce website: Amazon for US market. With enhanced design and IP67 certification, Galaxy Xcover 3 (SM-G388F) fears neither water nor dust, says Samsung. This Single SIM supported handset bears a 4.5-inch TFT display with a pixel resolution of 480 x 800p and houses 1.2GHz quad-core processor. 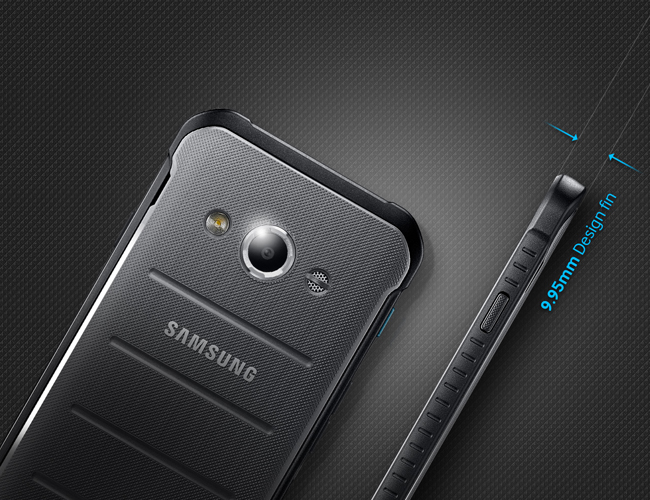 Loaded with Android KitKat, smartphone is capable to lure the tech-savvy folks due to assimilation of 4G LTE and NFC connectivity options. In terms of memory, it is arrayed with 1.5GB RAM alongside 8GB ROM (Expandable up to 128GB via a microSD card). On imaging front, handset is fitted with 5-megapixel Auto Focus rear shooter complemented by LED flash and comprises a 2-megapixel selfie snapper. 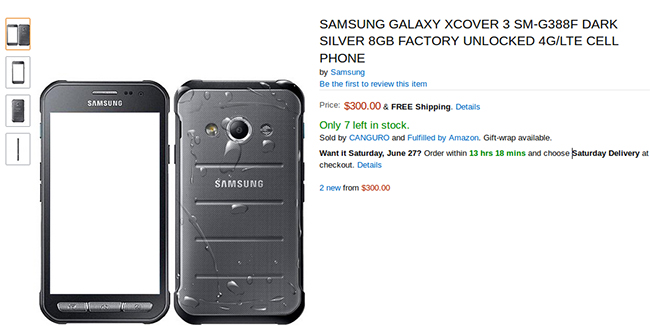 This rugged mobile phone is fueled by 2200mAh battery, measures 132.9 x 70.1 x 9.95 scale and weighs 154 grams. Furthermore, phone is up for grabs in a Dark Gray color model. To recall, this creation of corporation has appeared in multiple rumors back in March, whereby its alleged specifications and images had widely been surfaced over cyberspace. Click Here to view its leaked pictures.

Look What New Samsung Galaxy Flagships Have For you!
Views: 180

Samsung Galaxy Note 10 Lite is all set to trend in India
Views: 131