Jelly, a unique ‘coin-pocket sized’ smartphone has been introduced by a Chinese smartphone manufacturing firm Unihertz. Interestingly, the mini-sized smartphone comes with Android 7.0 Nougat, Dual-SIM (Nano-Nano) support, and 4G connectivity. According to the reports, the company has already earned over USD 125,000, which is far better than its fixed goal of USD 30,000, along with 34 days to go.

The company touts this handset to be the “smallest 4G Android smartphone in the world”, which can be placed into your coin pocket, the smallest compartment in your bag, the front pocket of your shirt, or just the palm of your hand. The smartphone will be available in two RAM/memory variants and in Pearl White, Sky Blue, and Space Black colour variants. 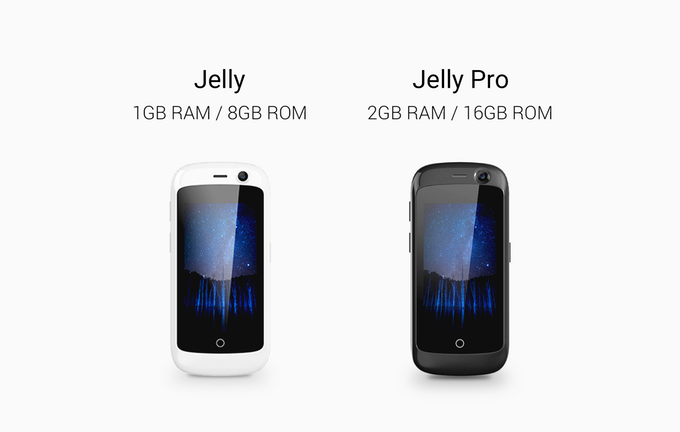 Concerning the specifications, the Jelly smartphone packs a 2.45-inch TFT LCD display with a resolution of 240x432 pixels and 201 ppi of pixel density. It is powered by a 1.1GHz quad-core processor and as mentioned above, it is available in two memory variants. The inbuilt storage of the smartphone can be expanded up to 32GB via microSD card. 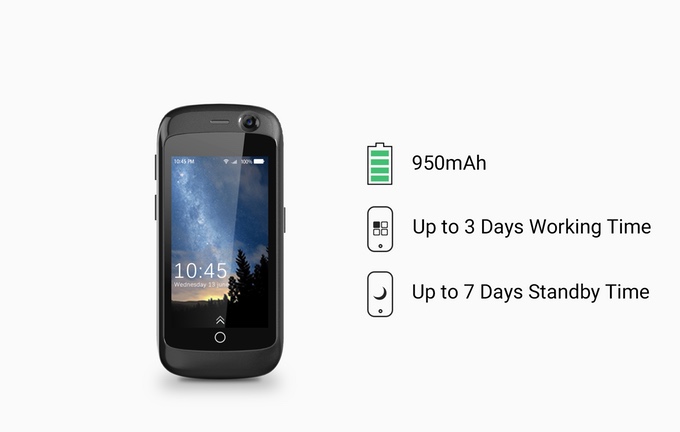 In term of optics, the GSM handset is blessed with an 8-megapixel rear camera along with a 2-megapixel front shooter for shooting selfies. The device is backed up by a 950mAh battery, which is capable of delivering three days of battery and seven days on standby. Connectivity options on the board include GPS, Bluetooth v4.0, and Wi-Fi 802.11 a/b/g/n. Sensors of the device include Gyroscope, G-Sensor, and Compass.

All of the smartphone manufacturing firms across the world are focusing on increasing the size of the handset and reducing its bezels, while Unihertz has gone in a completely opposite direction in a bid to satiate the odd ones. The handset has not been introduced to compete with Apples and Samsungs in the world. It has been launched to work as a backup device or your workout companion that you can use and take to places where you don't want to take your premium smartphone.