Motorola once again announced a good news for its users. If you have recently bought Moto X in the year 2014 from Verizon, then you will be glad to hear that Moto X (Gen 2) has been given an update of Android 5.0. Users will be able to see an update of nearly 678MB file which includes many tweaks apart from the basic Lollipop updates. As it has already been disclosed that LG G3 will be available with Android 5.0, Moto X will be the first Motorola to taste Android Lollipop.

With the availability of Lollipop update, the phone will be ready to renovate itself. Talking about the changes experienced within the mobile, then it has been added with "complex views and fluid animation." It also adds real-time shadows, ripples and 3-D images to the handset. The calendar format has been renovated for better user experience. It has been added with a new schedule view. But one of the most alluring features is the capability to view the notification even when the mobile display is switched off. But, rather getting these changes there were few changes that were being expected, but was not present in this handset. The unavailability of VoLTE or Advanced Calling 1.0 found on the changelist were felt in this phone. 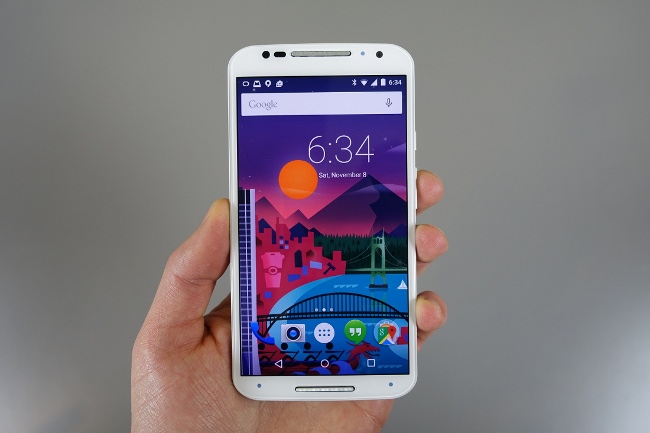 To get your phone updated to this new version, you need to connect your smartphone with a Wi-Fi connection because such a huge file can't be downloaded from the normal connectivity options in a single go. Apart from this, the mobile must be at-least 75% charged so that it will not get dead when the process will be undergoing. So, if you are the one with Moto X (2014) smartphone and had bought it from Verizon, then without any further delay switch on your Internet connectivity and experience the new in Android 5.0 (Lollipop).