Vertu Signature Cobra: All You Must Know About Rs 2.3 Crore Feature Phone

Vertu, a British mobile manufacturing firm, has announced another luxurious feature phone, and this one is likely to turn more heads around than ever. The limited edition phone is called Vertu Signature Cobra, which has been priced at $360,000 (Approx. Rs 2.3 crore). The talking point of the phone is that it has a snake wrapped around the edge of the phone. 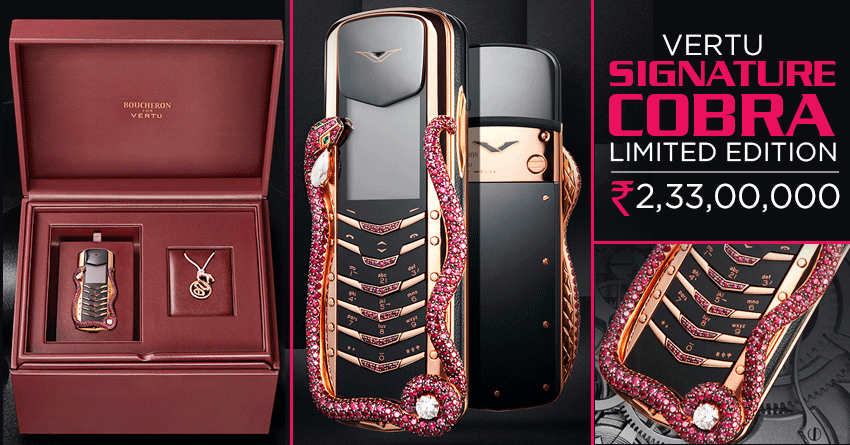 Vertu has been known for making handcrafted luxury handsets, and the new Vertu Signature Cobra is no different. To set the record straight, Signature Cobra is not a smartphone and features specifications comparable to a feature phone. The new bar-shaped handset carries the trademark design as seen on trademark Vertu Signature handsets, but with a cobra snake wrapped around. The body of the snake is made up sticking 439 rubies while the eyes of the snake are made up of emeralds.

Precisely cut gems and built from the mosaic process are highlights of this cell phone. According to a GizChina report, the Signature Cobra is made of 388 different parts and is hand assembled in the UK. Notably, Vertu has only made eight units of the Signature Cobra handset, so it is certainly a limited edition. Specifications of the Vertu Signature Cobra include a 2-inch QVGA display with a resolution of 240 x 320 TFT LCD display, which is protected by sapphire crystal. The device offers 2GB of RAM and 16GB of internal storage. 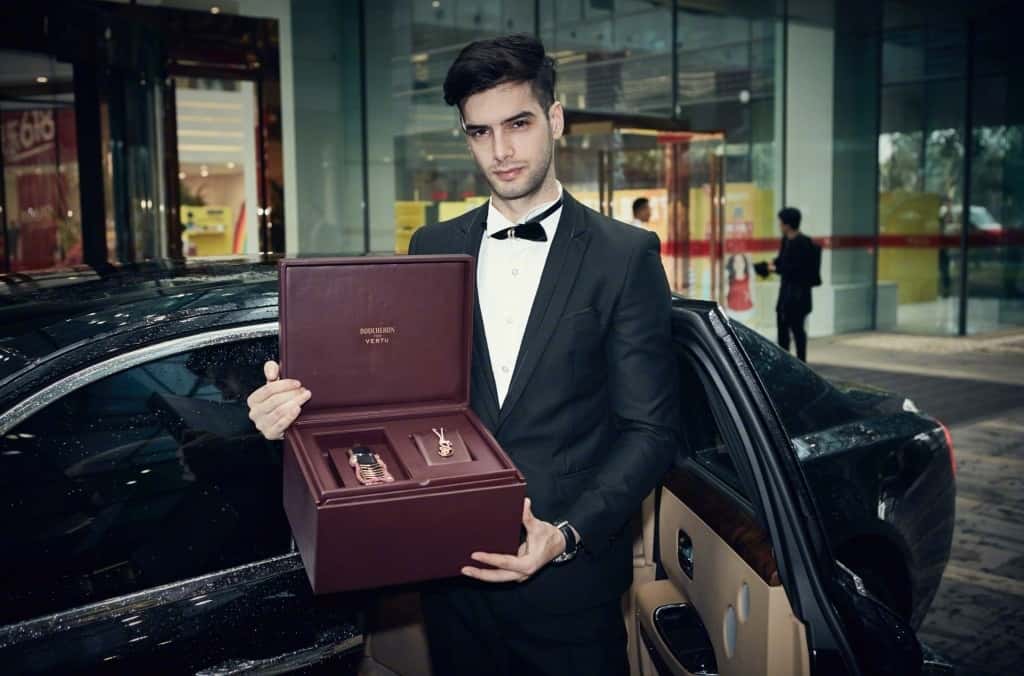 Vertu Signature Cobra is up for sale on Chinese e-commerce portal JD.com. Interested customers can pre-book on a payment of $145 (Approx. Rs 9,500). On full payment of the handset, Vertu is said to deliver the handset to buyers via helicopter.