It looks like Videocon - the domestic smartphone maker has now launched a brand new smartphone in the country, under the moniker of Q1 V500K. Though the company has listed the smartphone on its website, but still the pricing details, as well as availability details, goes missing. Unlike other Android smartphones, the highlighting factor of this handset is its dual WhatsApp account support that allows the users to make use of both of their personal and work accounts on the same phone without any hassle.

The Dual-SIM smartphone operates on Android v5.0.2 Lollipop OS out-of-the-box and gets its power from a 1.5GHz Qualcomm Snapdragon 615 octa-core CPU additionally supported by 2GB of RAM. The smartphone sports a 5-inch full-HD IPS display giving a resolution of 1080x1920 pixels with One Glass Solution touchscreen technology. 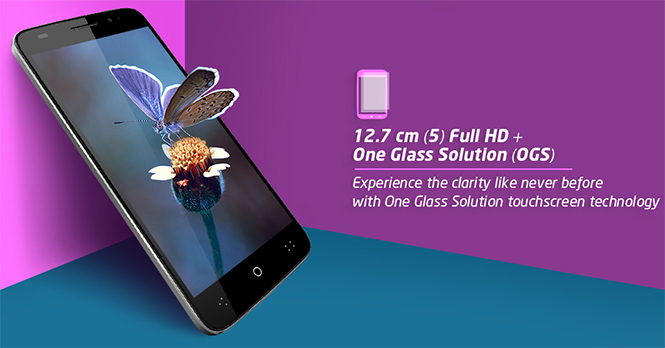 On the camera front, the Videocon Q1 V500K is equipped with a 13-megapixel rear camera with an Iscocell sensor, a dual-LED flash module, and PDAF. Taking into consideration the love for selfies, the smartphone company has incorporated the device with an additional 8-megapixel camera with a flash module on the front side. Not just selfies, but the camera also allows the user to record HD videos alongside giving support of Single Touch Camera option feature for easy photo-capturing.

Looking at the specifications, the smartphone is likely to compete with the likes of Xiaomi Redmi Note 3 and Coolpad Note 3 Plus among other budget Android smartphones in the market right now. Talking about specs of Xiaomi Redmi Note 3, the device features a 5.5-inch FHD display and under the hood runs a Snapdragon 650 64-bit hexa-core processor clocked at 1.8GHz. The smartphone comes with 2GB RAM and 16GB onboard storage. It runs on Android Lollipop 5.1 based MIUI 7 OS and is powered by a 4,000mAh battery. Xiaomi Redmi Note 3 sports a 16-megapixel rear camera and 5-megapixel selfie camera. It also has 4G VoLTE support.

In terms of memory, the GSM-handset Videocon Q1 V500K offers its users a decent 16GB of inbuilt storage, which can easily be expanded up to 32GB using an external microSD card. Apart from 4G and 3G network technologies, the device also supports GPRS/EDGE, Bluetooth v4.0, Wi-Fi (802.11 b/g/n), FM radio, GPS, A-GPS, USB 2.0 connectivity options as well as supporting USB On-The-Go. That being said, there is no information from the company's end for the battery present inside the smartphone.

It comes preloaded with apps such as V-Safe, V-Secure, Eros Now, Gameloft Games, Chillx, Daily Hunt and others. The smartphone will come bundled with a scratch protection film, a flip cover and Eros Now coupon that offers you a 6-month subscription on its dedicated app.

The second smartphone that Videocon is likely to compete against is Coolpad Note 3 Plus and it features a 5.5-inch full HD display. Under the hood, the device runs a MediaTek MT6753 octa-core processor clocked at 1.3GHz. The smartphone comes with 3GB RAM and onboard storage of 16GB. It sports a 13-megapixel rear camera with LED flash and an 8-megapixel selfie camera. Coolpad Note 3 Plus runs on Android 5.1 Lollipop and is powered by a 3,000mAh battery. The smartphone also has 4G LTE support. 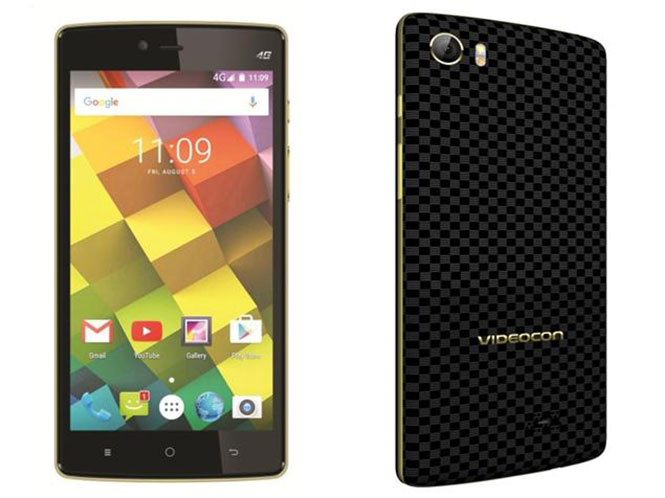 One must not forget that Videocon launched Cube 3 smartphone featuring SOS Be-Safe App just last week. The smartphone in terms of specs stands with a Dual-SIM support operating on Android v6.0 Marshmallow OS and sporting a 5-inch HD IPS display. The display gives a resolution of 720x1280 pixels and comes with a 2.5D curved glass and Dragontrail X protection. On the hardware front, the handset is powered by a 1.3GHz quad-core MediaTek MT6735 SoC, coupled with 3GB of RAM.