The Chinese mobile maker Vivo has come to India with its array of devices. Launching its sleekest smartphone, X5Max for Indian market, the Company has given four more smartphones to country. Vivo X Shot, Vivo X3S, Y15 and Y22. Here, we are talking about Y15 and Y22 which are priced at Rs. 8,000 and Rs. 10,000 respectively.

Both smartphones run on Android 4.3 Jelly Bean operating system. Quad-core MediaTek (MT6582) processor is used to power both the handsets, clocked at 1.3GHz. Vivo Y15 is featured with 512MB RAM and has a 4GB inbuilt storage for storing all kind of data. There is no information about the expandable storage for both devices.

It features a 4.5-inch FWVGA display which provides 480x854 pixels screen resolution. On the imaging front, this smartphone comes equipped with 5-megapixel rear snapper with LED flash and Autofocus feature. A 2-megapixel front-facing camera is also on-board. It is a dual SIM handset that is packed with a 1900mAh battery for blessing this device with enough juice. 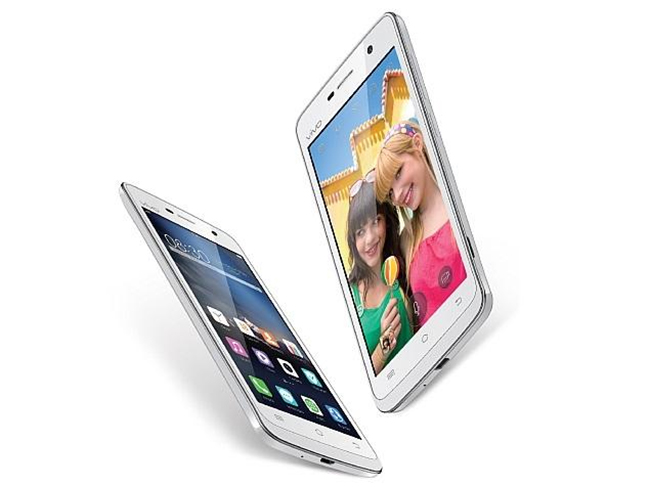 On the other side, the Vivo Y22 shares almost identical specifications as Y15. However, it differs at some places while seeing a complete list of specs. This smartphone comes incorporated with 1GB of RAM. On the imaging side, an 8-megapixel rear camera with LED flash and a 5-megapixel front-facing camera are crafted so wonderfully for offering great picture-taking output. All the other specs of this handset are same. It also packs with a 1900mAh battery and features the same resolution on its display.

The Chinese mobile maker has also brought the sleekest smartphone in Indian market, named X5Max which has a 4.75mm sleek body to leave all other mobile majors behind.