Last week the Chinese smartphone maker, Oppo launched its Neo 5 in Indian market and this week the company officials have announced to launch a new budget phone with 5-inch display and 5 mega-pixel camera , all new Joy-3. However, launching date of the handset has not been disclosed yet.

Oppo Joy-3 smartphone is an Android based handset and runs on 4.4.2 Android Kitkat. With a 4.5 inch FWVGA display of uniform pixel density of 217 PPI , the handset is powered by a 1.3 GHz quad-core Media Tech MT6582 processor. This device also has the RAM of 1GB and Mali 400MP2 GPU. 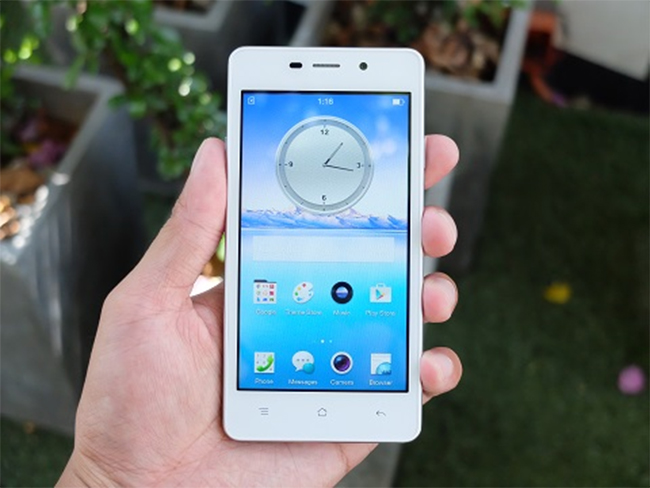 Today we live in world where taking selfie is considered as symbol of fashion and modernization. Following the same tradition, along with a 5 mega-pixel primary camera with f/2.4 aperture; Joy-3 has a front facing camera which supports taking selfies and video chats.

Oppo is touting easy screen-off gesture which allows users to improve its maneuverability with the phone. With the help of this feature user can wake their phone up just by double tapping the screen. If a user wants to access his camera, all he has to do just draw a circle on the screen. Some other features of this new smartphones are, inbuilt memory of 4GB which is expandable upto 32GB using a microSd card. Joy-3 carries a battery of 2,000 mAh which gives a long talktime to the phone.

As far as the connectivity of the phone matters, Joy-3 supports EDGE, GPS/ A-GPS, Micro-USB, USB-OTG and Bluetooth services. It is not sure that when, where and at what price will the new Oppo Joy-3 be launched.