Xiaomi Mi Max 2, the company's large phablet smartphone, has been launched in China. Mi Max 2 was released at an event in Beijing, where Xiaomi's founder Lei Jun was also present along with other executives from the company. Mi Max 2’s price in India has not been confirmed, but the phone has been launched in two variants in China. Xiaomi Mi Max 2 is priced at 1699 Yuan for 4GB RAM+ 64GB storage version, which is approx. Rs 15,900 on conversion and the 4GB RAM + 128GB version is priced at 1999 Yuan, which is approx. Rs 18,700. 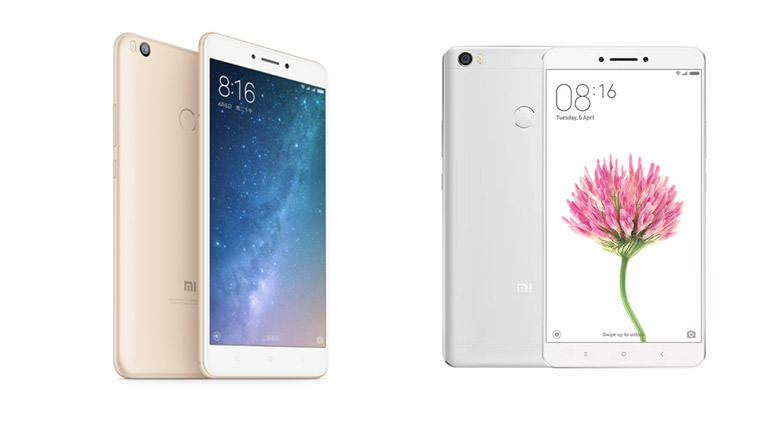 Xiaomi Mi Max 2 features a 6.44-inch full HD display, and sports a metal unibody design just like the previous version of the Xiaomi phone. However, this time Xiaomi has gone for muted antenna bands on the top of the Mi Max 2, rather than the prominent ones in the previous version of the phone. Xiaomi's new Mi Max 2 runs the Qualcomm Snapdragon 625 octa-core processor with 14nm FinFET technology. This is the same processor that Xiaomi is using on the Redmi Note 4 smartphone in India. The Mi Max 2 has a 12MP rear camera that has Sony IMX386 sensor with Xiaomi promising a bigger pixel size for better low-light shots. The front camera is 5MP with 85-degree wide-angle lens with Beautify feature as well. 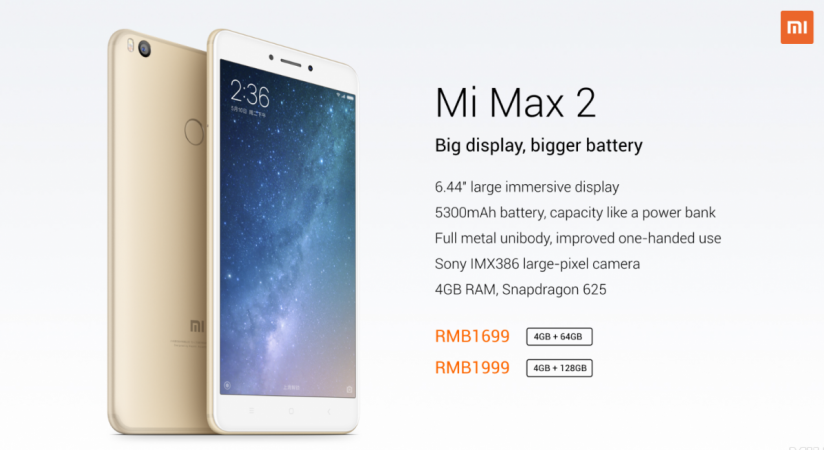 Also Read: Xiaomi Launched its Redmi 4A With 4G VoLTE Support in India

Xiaomi Mi Max 2 has been equipped with a 5300 mAh battery, which is an increase from the 4850 mAh one we saw on the previous version of the phone. Xiaomi is also promising Stereo Sound on the Mi Max 2 with a much better sound quality for games, video consumption. The Mi Max 2 also has a fingerprint scanner on the front and there’s an IR Blaster as well, which has become standard on most Xiaomi phones. 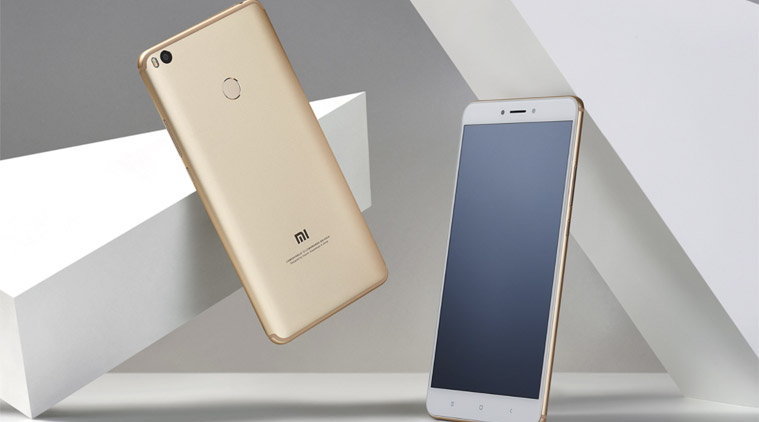 For charging, Xiaomi has introduced Quick Charge 3.0 along with Parallel charging. Xiaomi promises a user can charge the Mi Max 2 up to 68 per cent in just one hour. Xiaomi is using a Type-C USB port in the Mi Max 2 and it can even charge other smartphones. It must be noted that the Xiaomi has yet not confirmed when the Mi Max 2 will launch in India. However, the company has promised Mi phones will be coming to the market soon. The Mi Max was launched in India last year, starting at Rs 14,999.

Things You Should Know About Xiaomi Redmi Note 9
Views: 9575