Xiaomi Mi Mix 2 has faced an online leak in the form of a concept video (GIF Image). The latest leaked GIF image demonstrates all the changes that this upcoming Xiaomi mobile is expected to have. According to the leaked image, the Xiaomi Mi Mix 2 will come with a dual camera setup. It must be noted that the Xiaomi had launched the bezel-less Mi MIX last year, that generated a lot of attention because of its unorthodox design. The Mi Mix 2 is expected to be launched in the later stage of 2017.

The recently leaked image by MyDrivers tipped that the handset will retain most of the design of the Xiaomi Mi MIX, apart from dual camera setup. Ceramic back design, similar to the earlier version, can be seen in the image. An another report claims that the bezels would narrow down further in Mi Mix 2, with a screen-to-body ratio of 93 percent. It must be noted that the Mi MIX's screen-to-body ratio is at 91.3 percent. Further, the leaked GIF image of MI Mix 2 also shows a fingerprint scanner at the back. This upcoming Xiaomi smartphone is also rumored to sport an AMOLED display with curved edges on the sides to maximize screen even further.

Also Read: Xiaomi Launched its Redmi 4A With 4G VoLTE Support in India

As we know that the Xiaomi had launched Mi MIX in October 2016, and it is being expected that the Mi MIX 2 will also be launched at the same time frame this year. Xiaomi CEO and Founder Lei Jun recently confirmed that the successor of the bezel-free Xiaomi Mi MIX is in the works already. The Xiaomi Mi MIX was launched in two variants - 4GB RAM/ 128GB storage priced at CNY 3,499 (approx. Rs. 34,500), and 6GB RAM/ 256GB storage priced at CNY 3,999 (approx. Rs. 39,500). To recall, the Mi MIX comes featuring a 6.4-inch display and has been powered by a quad-core Snapdragon 821 processor along with 4GB or 6GB of LPDDR4 RAM. On the camera front, the smartphone sports 16-megapixel rear camera with PDAF, a f/2.0 aperture, and dual-tone LED flash. The phone also has a 5-megapixel front camera for selfies and video chats. 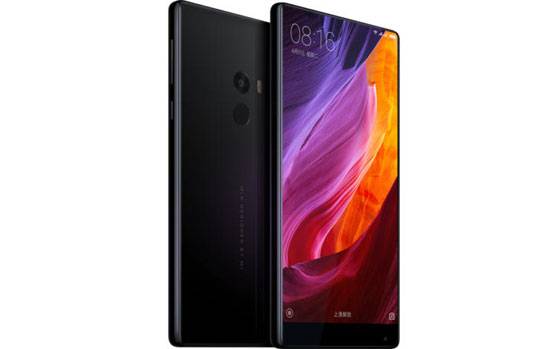 Things You Should Know About Xiaomi Redmi Note 9
Views: 11249