Xiaomi Mi Mix 2 has been in the news for all the related leaks that are surfacing online. In the recent turn of events, this upcoming Xiaomi device has faced an another online leak, suggesting the design of the handset. The recent tip about the Mi Mix 2 has come from a tipster on Weibo who has uploaded a screenshot claiming the upcoming Xiaomi device.

The online image of the screenshot shows that the Mi Mix 2 might arrive with the 3D Face Recognition feature. With this feature, the Xiaomi device will be directly competing with the upcoming iPhone 8. Notably, the screenshot does not reveal a lot about how this 3D facial recognition feature might work. From the previously leaked images, we have got to know that the Mi Mix 2 might arrive with a bezel-less design with a small area below the display. The screen is claimed to be a 6.4-inch AMOLED panel with 2K resolution and 18:9 aspect ratio. There are claims that Xiaomi might use the full-screen display from JDI in the Mi Mix 2.

In terms of other specifications, the Xiaomi Mi Mix 2 is believed to feature a 12MP main camera at its back and a 5MP selfie snapper at the front. The device is said to be launched in two variants - one with 6GB RAM and 128GB storage and the other with 8GB RAM and 256GB storage. The leaked screenshot shows the Mi Mix 2 running Android 7.1.1 Nougat with MIUI 9 out of the box. Earlier this week, we came across a report tipping that the Xiaomi Mi Mix successor is slated to be launched on September 12, which is earlier than the expected time frame. It was on yesterday that we came across a report tipping that the Mi Mix 2 with the code name Chiron was leaked tipping its imminent launch in the Chinese market. 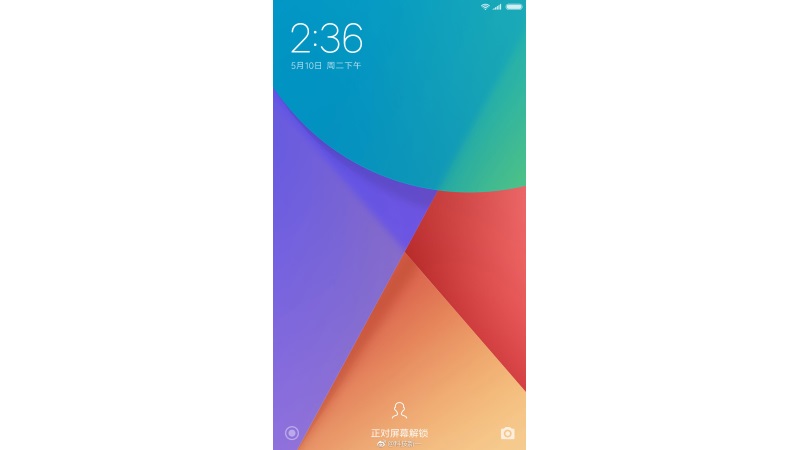 It must be noted that the Xiaomi had launched Mi MIX in October 2016, and it is being expected that the Mi MIX 2 will also be launched at the same time frame this year. Xiaomi CEO and Founder Lei Jun recently confirmed that the successor of the bezel-free Xiaomi Mi MIX is in the works already. To recall, The Xiaomi Mi MIX was launched in two variants - 4GB RAM/ 128GB storage priced at CNY 3,499 (approx. Rs. 34,500), and 6GB RAM/ 256GB storage priced at CNY 3,999 (approx. Rs. 39,500). To recall, the Mi MIX comes featuring a 6.4-inch display and has been powered by a quad-core Snapdragon 821 processor along with 4GB or 6GB of LPDDR4 RAM. On the camera front, the smartphone sports 16-megapixel rear camera with PDAF, a f/2.0 aperture, and dual-tone LED flash. The phone also has a 5-megapixel front camera for selfies and video chats.

Things You Should Know About Xiaomi Redmi Note 9
Views: 12516