The Asus ROG (Republic of Gamers) Zephyrus Gaming Laptop, which was launched earlier this year, is now available in India with a price tag of Rs. 2,99,999. It was touted as the “world’s slimmest gaming laptop with Nvidia GeForce GTX 1080 (Graphics card)” during the launch. The laptop features a 15.6-inch full HD display with 1920x1080 pixels resolution and 120Hz frequency. It is powered by the seventh-generation Intel Core i7 (Kaby Lake) processor.

The price tag and specification clearly indicate that the Asus ROG Zephyrus laptop is meant only for serious gamers and not for general purpose or casual gaming. The laptop comes with Windows 10 OS pre-installed in it with the latest Creators Update that also enables the Windows Game Mode. The display of the laptop supports Nvidia’s G-Sync technology to enable smoother gameplay. The laptop keyboard is enabled with "dynamic and customisable lighting effects" by the integrated Asus Aura RGB lighting feature. The company also said that there are separately customizable lighting effects for the QWER and WASD key groups. 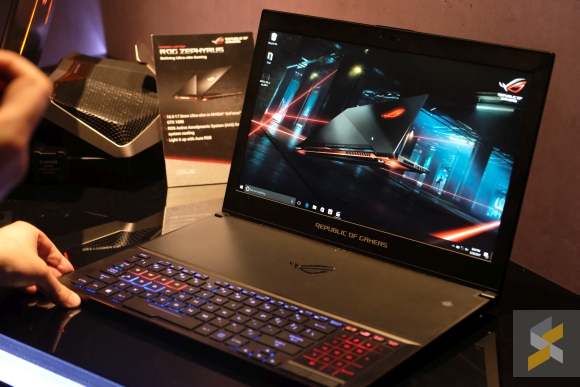 In terms of memory, Asus ROG Zephyrus can support up to 24GB of RAM and offers M.2 PCIe NVMe SSD storage options in 256GB, 512GB, and 1TB capacity. The device features a number of ports and connectivity options including four USB 3.1 Type-A ports, a Thunderbolt 3 Type-C port, 1 3.5mm headphone jack, and HDMI 2.0 port for VR. It is also the first laptop based on Nvidia's Max-Q design technology which aims at decreasing the thickness of laptops without affecting the performance.

During the launch, Asus said, "ROG Zephyrus is cooled by an exclusive Active Aerodynamic System (AAS) that runs cooler and quieter without sacrificing performance. AAS incorporates unique AeroAccelerator (AA) technology that increases the speed and efficiency of airflow through the laptop." it further added, "When Zephyrus is opened, a portion of the bottom of the chassis flexes to increase the airflow volume by 20 percent and further increase air circulation. AAS maximizes system stability as well as gaming and thermal performance, and it allows full utilization of the CPU and GPU, so gamers can engage in marathon sessions without fear of interruption." 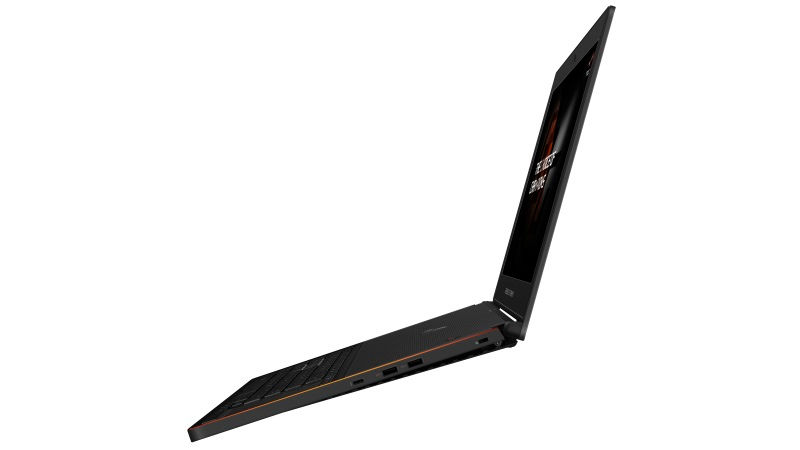 The company explained that the laptop’s fan is protected by a 3D-curved surface cover and accelerator that shifts the airflow to move the heat away from the system components for more effective performance.

Asus ROG Zephyrus is also the first laptop to incorporate Nvidia’s silent WhisperMode technology, which is aimed at reducing the noise level produced by laptops during gaming. According to the company, the technology also improves the game’s frame rate and configures the graphics efficiency automatically for optimal power.

The Asus laptop will be officially displayed in the ROG Masters South Asia finale on August 20 in Bengaluru, after which the company will reveal the details about its availability to gaming enthusiasts in India.

Let us Know All About Asus 6Z With Unique Rotating Camera Setup and SD 855
Views: 1618