Be ready Indian guys to grab the most alluring and plushy Moto 360 via Flipkart. As the wearable gadget has already been listed on the e-commerce store earlier in September but the price was obscure that time. Now, the biggest innovation of Motorola in wearable technology has been appeared with price tag to make Indian people relax. Rs. 17,999 has been inscribed on the Flipkart page along with "Buy Now" tag.

The smartwatch was unboxed a month before in India with an announcement of it’s soon availability in market to buy. And see, 28 days after the release of this ritzy smartphone on Indian soil, it can be seen on the India’s famous online store with price tag. However, the availability detail is not a trade secret anymore. The price makes it the pricier one from others available in Indian market. Samsung Gear Live at Rs. 15,900 and LG G Watch at Rs. 14,999 which are also quite less than the retro and classy Moto smartwatch. 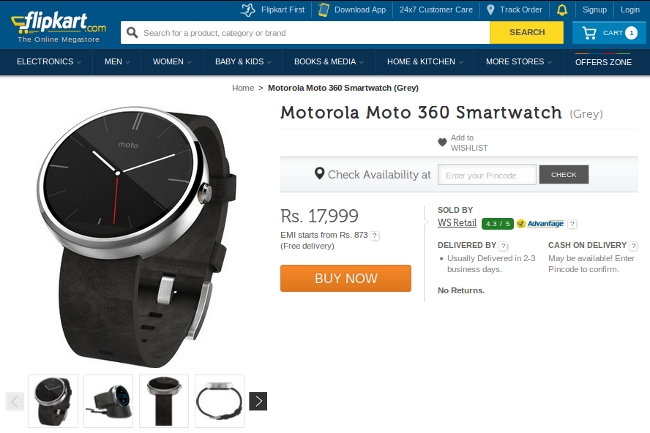 Well, the watch will be available on easy EMI of Rs. 873. The handset which was announced along with the watch are Moto X (Gen 2) and Moto G (Gen 2) to sizzle the market with its built and features. The Moto 360 is available in US at the price of $ 250 which was reached out of stock by getting a huge response. The dandy Moto 360 is compatible with smartphones running Android 4.3 and above. 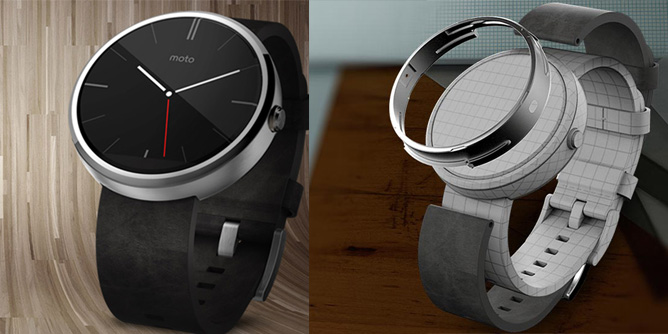 The option of wireless charging and the charging dock are available for this wearable. TI OMAP 3 processor and 512MB of RAM keep this device a well-performed one to use. Pedometer, optical heart rate monitor, IP67 certification make it best smartwatch to wear, having single physical button, a vibration motor and dual microphones. So, grab yours Moto 360 and get it within 2 to 3 days after order.