There was a time when a person had to find the right path by asking the nearby walking beings. But with the revolution brought by technology, its now easy to find the right path with just few lenient movements of fingers over the smartphone. Google launched Google Maps in the year 2007. But since then, it was upgraded with several useful and essential updates that offers even more facilities to walk out without the knowledge of that particular area.

And now, under latest update, Google Maps has been launched in Hindi language to search locally. Currently this feature is available for desktop and android phone users only. For the convenience of common man, Google India had transliterated the names of all the visible points on maps in Hindi language. To avail this feature, you have to select Hindi as your preferred language. You can set the language from the setting option present at the bottom of the desktop. In android phones, you just have to opt Hindi option within "Language and Input" menu available under setting menu. 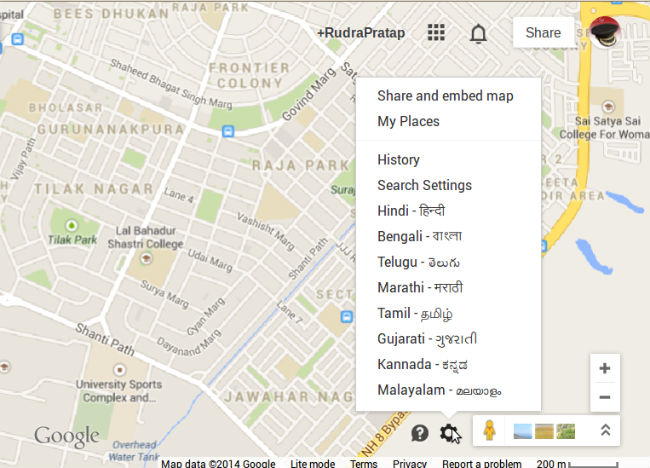 The recognized points on Maps will be visible to the users in two languages i.e. Hindi along with English. Google India has enabled the feedback option for its users so as to report for any incorrect translated place. To report for any wrong transliterated place, you can use "Shake to Report" or you can also press the particular venue for a long time to report for its error.

At present, Google has only added few Indian regional languages, but they might be planning to add more languages.