KTM has recently unveiled images of the next generation 690 Duke prototype along with its technical specifications. Look wise, it is very much similar to the current version of the motorcycle but at the same time carries more engine muscle. The power and torque produced by the new Duke will be more by 7% and 6% respectively as compared to the existing version of the bike. Its exhaust has also been updated so as to comply with Euro 4 emission standards. 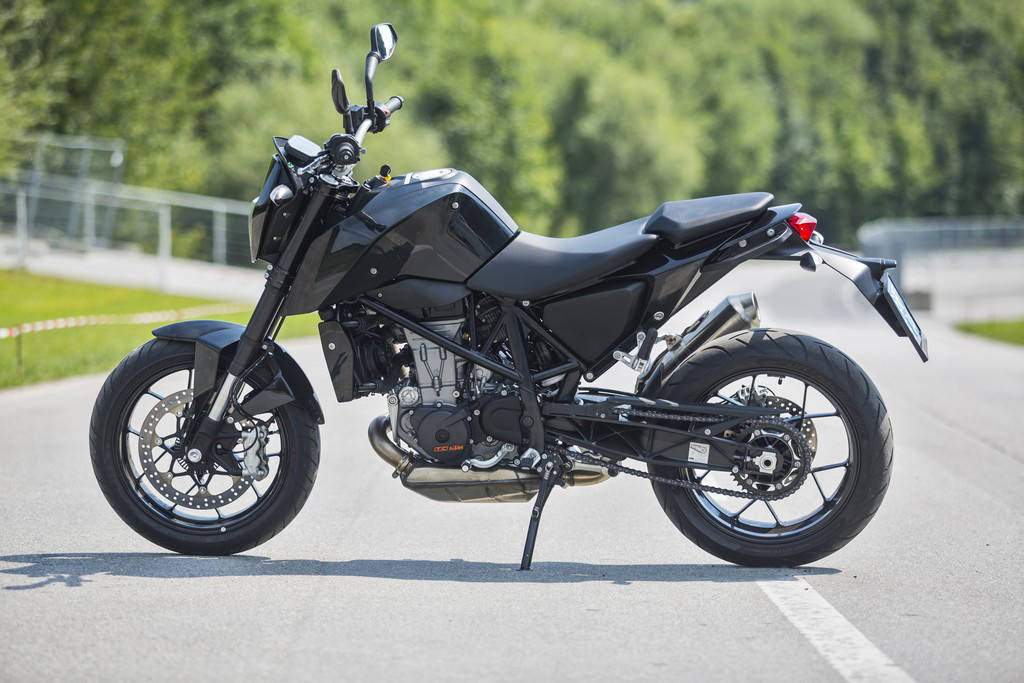 The mechanical part has been modified by raising bore to 105 mm and the stroke has been reduced from 84.5 mm to 80 mm. Furthermore, the displacement which was earlier 690 cc has been increased to 693 cc. The new single cylinder is going to me more refined and less vibrant which is a positive change. There are three riding modes available namely- Street, Sport and Rain. Power can be transferred to the rear wheel with the help of a button fitted on the switch gear that is placed on the left side of the handlebar. 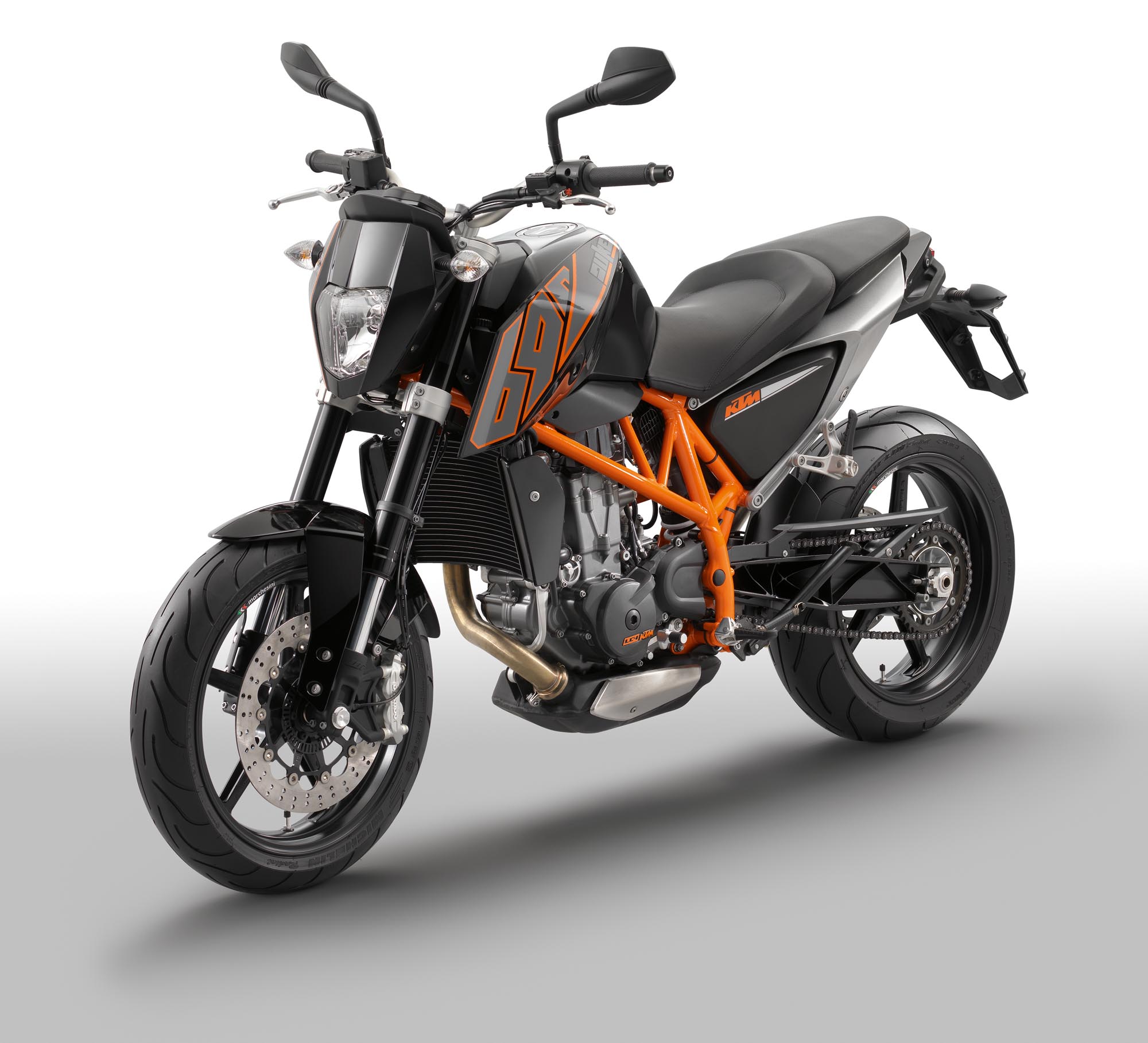 On the cosmetic front, the orange colored trellis frame has been painted black, while the chassis might bear the automaker's trademark color. The next generation Duke R will also be fitted with all the standard elements along with other premium features like Akrapovic exhaust, adjustable suspension at front and rear portions, etc. The 2016 690 Duke will highlight a digital instrument cluster rather than a semi-analog one. This unit will also display different colors as per the light conditions. Both the duke 90 and Duke 90 R models will be revealed with full details and specifications at the EICMA motor show.