Expected to be launched in India next year, the second generation Volkswagen Tiguan in the Sports R-Line specification has been displayed at the ongoing Beijing Motor Show. Besides the 2015 Frankfurt Motor Show, the carmaker has also brought up this car at India's largest motor show in Delhi. Well, nothing has been officially confirmed for the launch of India-based Tiguan in the country, but the compact SUV is decided to be manufactured at the company's in-house facility at Aurangabad.

Talking about the displayed vehicle, it has been offered with both the petrol and diesel trims along with eight variant options. Divided equally into both the motors, these will generate power ranging from 123 Bhp to 237 Bhp. As report say, front wheel as well as all-wheel drive configuration is also available, where the former will be equipped as a standard attachment and the latter depends on the range. 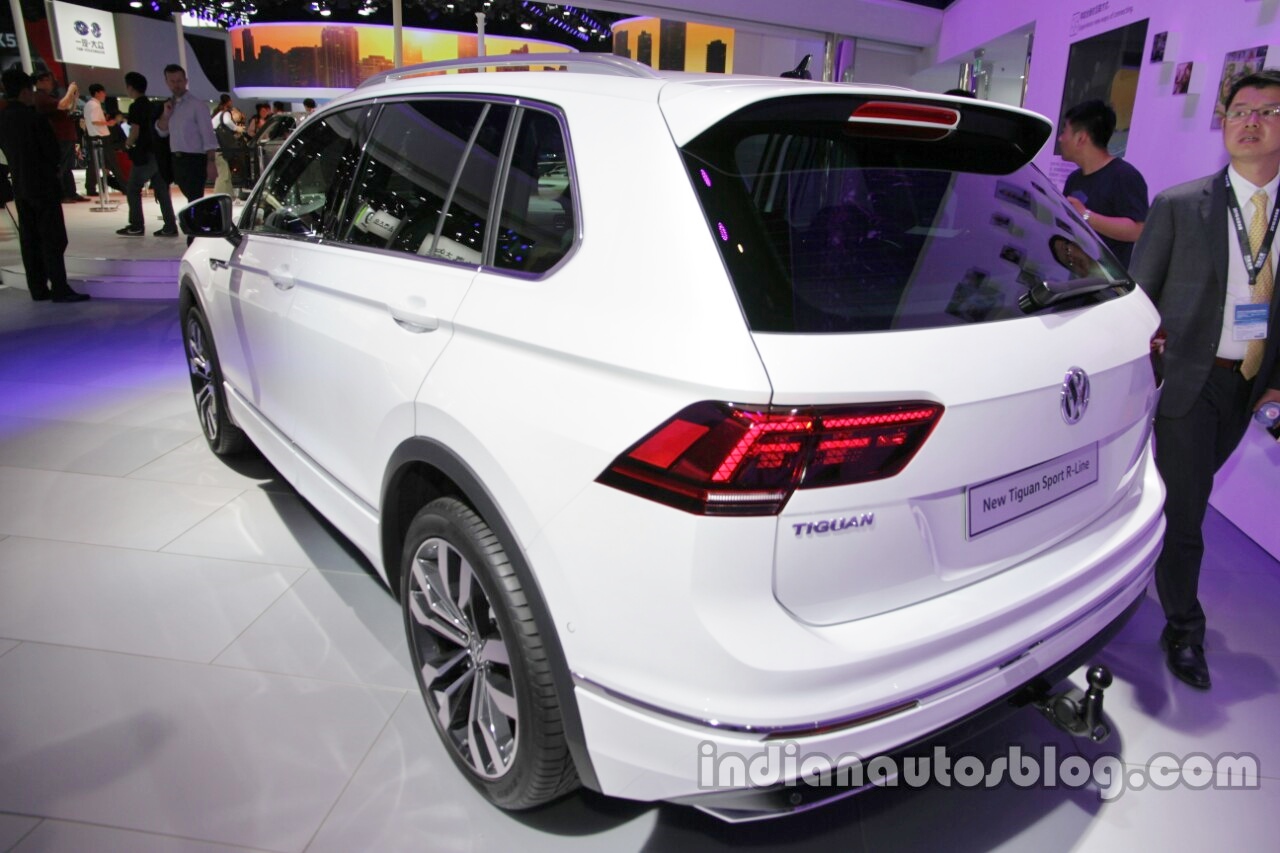 You may also like: India Bound Volkswagen Tiguan Launched in Global Market

Despite more boot space and features in comparison to the earlier model, still the 2016 Tiguan comes with 50 Kg lighter weight against its predecessor. In detail, 615 litres of cargo space is available that can be extended up to the 1,655 litres just by folding the rear seats. Dimensionally, it measures 4,486 mm long, 1,839 mm wide, 1,632 mm tall and a wheelbase of 2,681 mm.

Volkswagen To Pay More Than 171 Crore As Penalty in India: Check out Why
Views: 1867