Months after playing cat and mouse with the new AMR model, Aston Martin has finally taken the curtains off its new flagship offering the DB11 AMR. In its segment, the DB11 AMR replaces the standard V12 version of the Grand Tourer. The British Automaker interestingly chose its all-new Nurburgring-based AMR Performance Centre in Germany as the launchpad for the DB11 AMR. 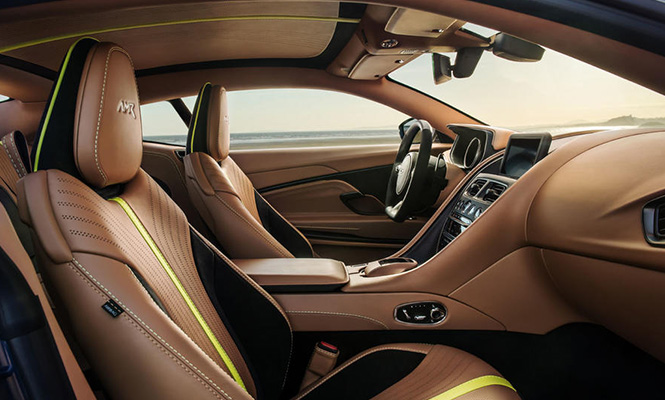 Under the hood, the more powerful twin-turbocharged 5.2-litre V12 drives the DB11 AMR. The new DB11 AMR now boasts off 630bhp of power, this is an increase of 30bhp from the outgoing model. However, torque figures remain unchanged at 700 Nm. The beast can now clock 0-100km acceleration in 3.7 seconds and can touch a top speed of 337 kph. With this, the DB11 AMR has now put its claim at being one of the quickest GT cars around. As far as Aston Martin is concerned, the flagship offering is the fastest in the British carmaker ’s line-up. 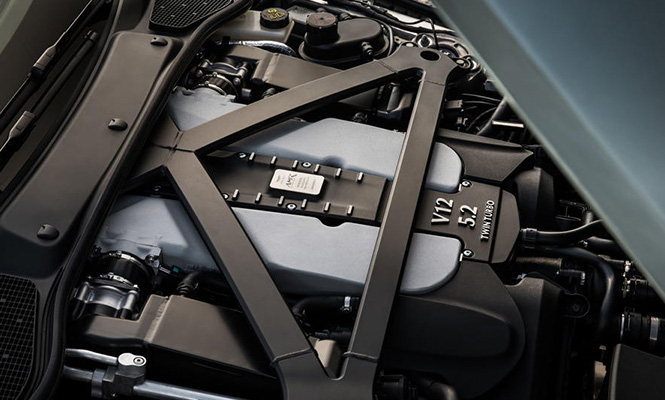 The DB11 AMR will grab more attention than previous times, all thanks to a gruntier exhaust. As per the automaker, the DB11 AMR is also equipped with re-tuned sportier suspensions that add new feathers to the already world-class maneuvering abilities of the DB11. The ZF-derived eight-speed automatic transmission boasts better fuel efficiency with newly revised shift calibration. 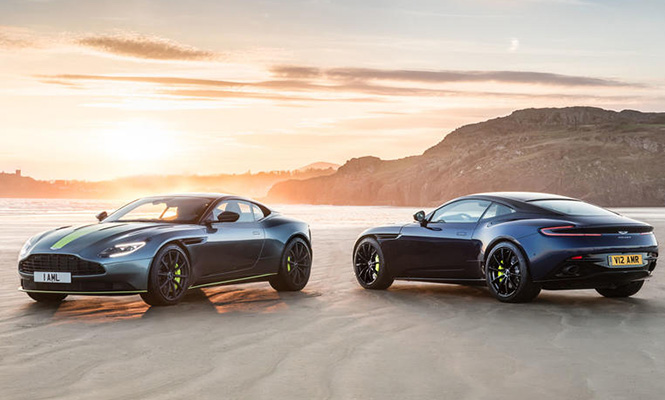 In tune with the sinister theme of the all-new DB11, the makers have this time around done away with all the chrome which was standard in the outgoing standard model. The standard chrome has now been replaced with monochrome trims coupled with smoked headlights and tail lights. The inside also replicates the same dark theme. The beige Alcantara wrapped cabin is bathed in monochrome trims and carries AMR’s signature lime livery on the seats, steering wheel, and headliner.

Aston Martin will also launch only 100 units of special limited signed editions of the AMR-spec DB11. The special editions will have cosmetic features based on the Stirling Green paint scheme. Lime pinstripes will adorn the bonnet with exposed carbon fiber trim. Dark Knight Leather with an identical lime color finish will dominate the cabin. Potential buyers will also have the option to choose from a carbon fiber and Satin Dark Chrome setting for the GT’s cabin. 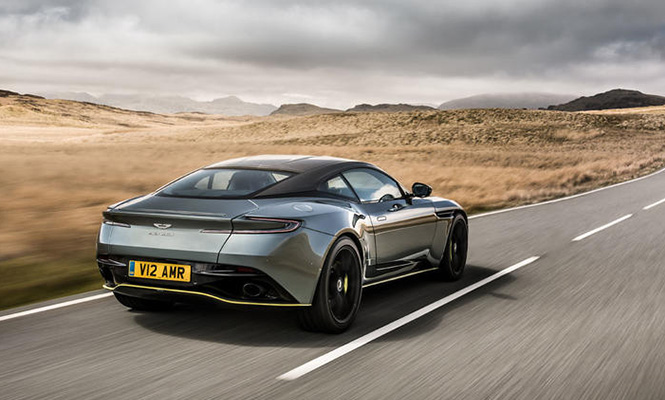 Aston Martin will start shipping the DB11 AMR by the second quarter of 2018. It will come with a price tag of 174,995 pounds (approx Rs 1.6 crores) in the UK. As per reports, the DB11 AMR will be joined by the Rapide AMR by the end of this year or beginning of next year.