Audi had introduced the standard RS6 Avant in 2015 with a price tag of Rs 1.38 crore. And the new edition to the family is the Rs 1.65 crore RS6 Avant Performance. The luxury power edition seems to have no competitor in near sight. For admirers of power and beauty, this could be the zenith of all.

Christened as RS6 Avant Performance, the luxury offering has been tuned to deliver 560hp and 700 Nm of peak torque. The duties are performed by 4.0-litre, twin-turbo V8 petrol engine that churns out 45 hp more powerful than the standard model via an all-new overboost function clocking 50 Nm of extra torque than the standard variant. Transmission duties are performed Quattro all-wheel-drive system with the V8 mated to an eight-speed automatic unit.

The Add-OnsThe more we say about this performance beast the less it would be. It sprints 0-100kph in a mind-blowing 3.7 sec. This is a reduction of 0.2 sec in acceleration ratings compared to the standard version. It would be fair to say that the German Automaker has pushed the pedals to the extreme on this high-performance estate that seems to have no immediate rivals. 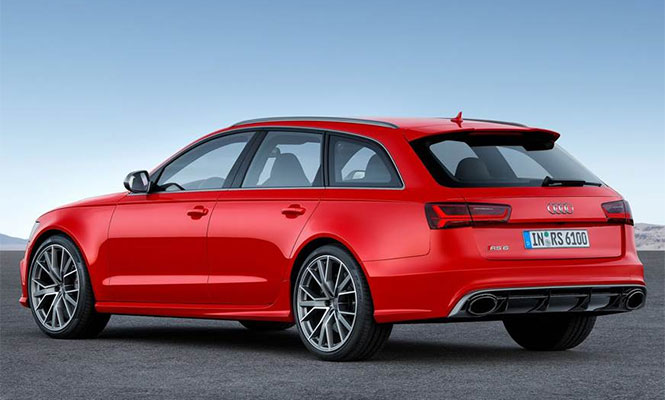 Newly added features make the RS6 Performance both sportier and louder. It gets sports exhaust and stands on new pairs of larger 21-inch alloy wheels. It also has a new front splitter, rear diffuser, door mirrors. The front grilles carry the Quattro badging. Apart from these, it borrows all of the safety and tech features from its predecessor.

The recent addition further extends the Audi line of offerings for the emerging India Automobile Market. Recent launches from the Audi factory include Design Editions of the Q3 and Q7; second-gen Audi RS5 coupé and the all-new Q5. Reportedly, Audi has also recently released the petrol variant of the Q5.