The ABS system is the upcoming government mandate and the manufacturers across the country have indulged in updating their products with this safety feature. Bajaj Auto is one of them and has started modifying its products albeit the biggest update will be recognized with the flagship Dominar. The 2019 Bajaj Dominar, improved version has spotted several times performing test runs in the country and its launch is slated this month as per the surfaced reports.

The Dominar 400 when it launched in December 2016 received an overwhelming customer response in spite of that the motorcycle’s sales went down drastically. Also, the continuous price hike in 2018 plays a role of pouring oil on fire and did not see any sales growth.

Bajaj Dominar 400 was posted as a potent Royal Enfield rival in 350cc range and besides being a more advanced offering then latter and carrying VFM tag as well, the motorcycle could not convert it in good sales. Now with an aim to settled things up, Bajaj Auto implied a substantial upgrade to the bike. 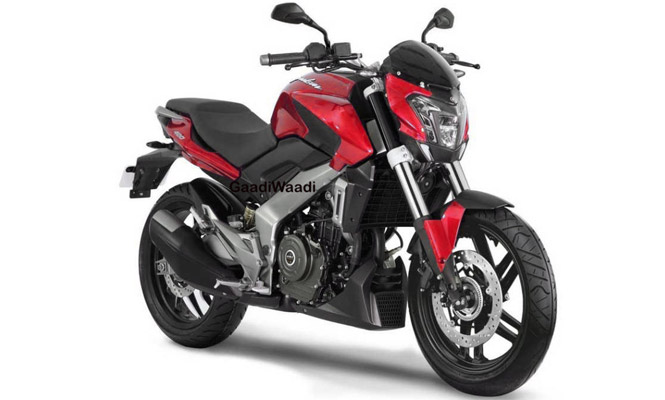 As per the reports, the 2019 D400 will be the first one to receive powertrain complying to BSVI emission norms which are slated to hit the country from April 2020. Likewise, when the BSIV emission norms were going to be implemented, Bajaj was one of the earlier responders and this time around more than one year of time.

Along with it, there will be a revived exhaust with dual outlets and restyled muffler. While a different catalytic converter is in the queue for testing to get easily compatible with the updated 373cc liquid-cooled fuel injected engine. In terms of performance, the motorcycle will not see any hike though get more refined with the similar output of 35PS and 35Nm. The gearbox setup will be the same six-speed unit with slipper clutch as standard unit. Other than this, the digital instrument cluster is going to see major updates like the introduction of side stand indicator, gear position indicator and more in the fuel tank mounted small unit.

The suspension setup will see the armament of USD forks instead of earlier conventional telescopic unit, while the rear will continue to get served with the rear monoshock. Braking system will continue to comprise similar old 320mm front disc and 230mm rear disc with integrated dual-channel ABS system. With these updates, the motorcycle will see a hike of around INR 15-20k (as reported) over the recent pricing INR 1.65 lakh (ex-showroom).

2019 Bajaj Dominar Out for Delivery in Black and Green Combo
Views: 2167