It seems that the upcoming sports motorcycle from the Bajaj Auto Ltd. is in its last days of showcasing and displaying. The Bajaj Pulsar has recently made its official appearance at the Motor Fair, which is going on in Turkey. Apart from the Bajaj, several other motorcycle manufacturers have also attended the Motor Fair Turkey, such as Triumph motorcycles, TVS, Trek, etc. The Bajaj Discover models and Pulsar 200NS were also residing just beside the Pulsar 200SS. According to the sources, the firm has made an announcement that they will be going to launch the most awaited sports motorcycle anytime soon in the coming month. 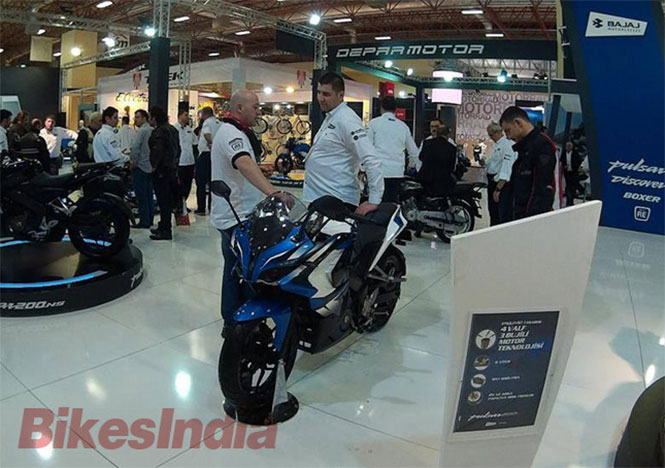 Mechanically, the Bajaj Pulsar 200SS is featuring a pumping heart of Triple-spark 199.5cc displaced engine. The single-cylinder motor is re-tuned gently to obtain a maximum power of 23 BHP and a peak torque of 19 Nm. The liquid-cooled, fuel-injected engine carrying a SOHC layout is mated to a 6-speed transmission. The firm has installed high-quality suspension to provide better riding quality. The front tyre has acquired Telescopic front forks and Nitrox Mono-shock absorber at the rear. The stopping power has been taken care by disc brakes at both front and rear tyres, which is also expected to be working along with the ABS (as an option). Although, the manufacturer hasn’t spoken anything about the ABS. 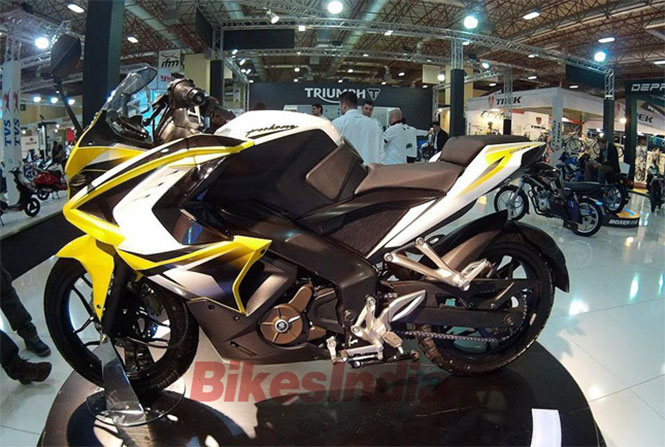 The dominating designing part of the sports motorcycle is the twin projector headlights, DRL's and LED tail lights. Believing the sources, we might be having two variants of the Bajaj Pulsar 200 SS; ABS and Non-ABS. The single-channel ABS unit is expectedly being catered Bosch. The manufacturer might be offering four different shades of the Bajaj Pulsar 200 SS, which encompasses dual tone Red, Blue and Yellow combined with Black and White, and an unmixed Black paint scheme.