After the years of waiting, The Bajaj Qute is launched in the state of Maharashtra on 18 April 2019. This past month, the ex-showroom prices in Delhi were revealed to be Rs 2.63 lakh for the petrol-powered variant and Rs 2.83 lakh for the CNG variant.

The registration of quadricycles was limited for just commercial use but now it is extended to the ‘non-transport’ category of vehicles after the approval received by Ministry of Road Transport and Highways (MoRTH). According to Bajaj’s initial revelation, Qute can be registered for commercial use and personal uses in 20 and 15 states in India respectively. However, Bajaj confirmed its expansion to more states and the current list will probably be displayed on April 18. 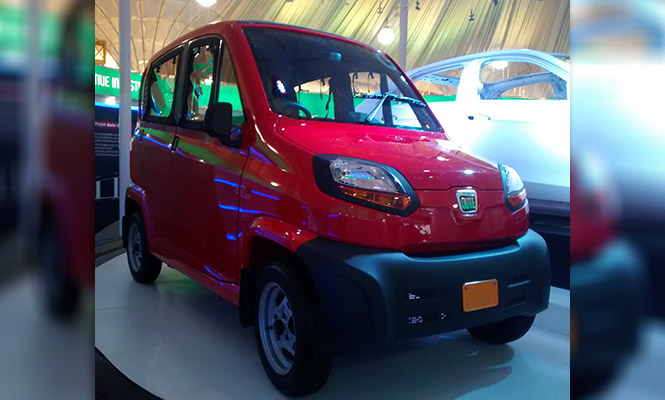 The Qute is powered with a liquid-cooled, single-cylinder, 216cc DTS-i engine. The maximum power production and a peak torque output by petrol variant is 13.1bhp and 18.9Nm respectively. The output delivery by the CNG variant declines to 10.9bhp and 16.1Nm. On the other hand, the CNG variant is more efficient which offers the drive of 43 kilometres in just one kilogram of compressed natural gas. While the petrol variant has a claimed mileage figure of 35 km/l. The engine is housed at the rear and the rear wheels are driven through a 5-speed sequential gearbox that is regulated via the dashboard-mounted gear lever.

The maximum speed of the quadricycle is limited to 70 km/h which is considered safest by Bajaj but at the same time, the company doesn't suggest the same for the expressways because of its low top speed. Bajaj has said that, apart from the city-friendly specifications, the low running cost and cost of ownership are also the Qute’s major benefits.

The interiors are very basic and considerably roomy. It features a basic music player and analogue instrumentation. The Qute comes with drum brakes at all four ends and lacks air conditioning. The doors are crafted from the fibre in order to keep the weight low. At just 452kgs, Bajaj has been successfully kept the light weighted feature.