Benelli India that is all geared to open operations of its second innings, continues in news for developing an all-new range of Benelli motorcycles powered by single cylinder engine unit in displacement range of 135-200cc. However, as of now, no launch timeline suggesting the official arrival of these bikes revealed by the Italian marquee. While a bunch of 12 motorcycles is set to hit Benelli outlets across the country by 2019.

Back in May 2018, Benelli India stopped its operations across the country as the brand ended up its relationship with the DSK Group gone bankrupt. But now, under the umbrella of Hyderabad based Mahavir Group, the company is looking forward to intruding into most competitive Indian biking segment. For which, the company has planned strategically for the next two years.

Under this new partnership, the brand will open second innings by the end this year. The products which are confirmed to hit the tarmac includes the Leoncino 500 and TRK 500. Both the bikes belong to different biking category, a scrambler and an adventure tourer respectively. However, they both share a similar powertrain. A 499.6cc, twin-cylinder, liquid-cooled motor develops 46.9 HP at 8500 RPM and transmits 45 Nm of torque to the rear wheel. The power transmission took place via a mated six-speed gearbox.

Other than the above-mentioned bikes, a voyage of eight bikes including retro options like the Benelli Imperiale 400 and Imperiale 530 is scheduled to arrive in 2019. Further, the bikes powered by a single cylinder engine in 135-200cc engine displacement are also expected in 2019. However, there is no concrete information but this genre of the bike will definitely help in creating a new customer base to the brand. 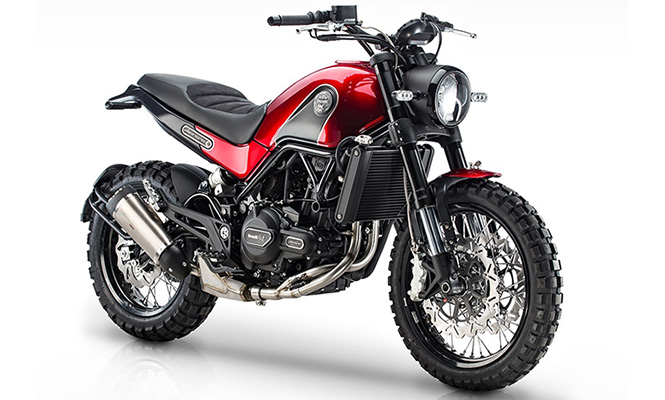 Read also: Benelli Imperiale 400 Coming by Next Year to Contend With Royal Enfield

In addition to this, the Benelli Leoncino 250 and TRK 250 will also join their elders in Indian lineup by March 2020. Both the bikes will share a 249cc, single-cylinder, liquid-cooled engine. In integration with a six-speed gearbox transmission, the engine is liable to pump out 25.8 HP along with 21.2 Nm of peak torque.

In terms of pricing, all the bikes will be priced aggressively as they will locally be assembled at brand’s Telangana based plant near Hyderabad. Altogether, the brand is planning to bring in local parts supplier in order to keep the products cost as possible as low.

Besides the launch of such Benelli 135-200cc single-cylinder bikes is not certain yet though the other models mentioned here are confirmed to mark their entry meanwhile scheduled time. We can expect the emergence of the confirmed bike by this year-end or early next year. So, the introduction of the entry-level premium bikes in India post-2019.

Benelli India Dealership Network to Get 40 New Showrooms by This Year End
Views: 2324