A Russian blogger recently shared a picture of the all-new yet to be launched BMW 7 Series Facelift. This is not the first time that an image of the upcoming 7 series model has been shared online. Earlier images of a camouflaged BMW 7 series facelift was shared online. This time, however, the picture shows BMW’s facelifted 7 Series without any camouflage. Though the image only gives a preview of what the front fascia will look like, nevertheless it is enough to get us and everybody else on the internet excited.

BMW’s facelifted 7 Series has been made to go under the knife to spot a refreshingly new front. It is believed that the trunk too will get a reworked avatar. Key new eye-catching highlights include: 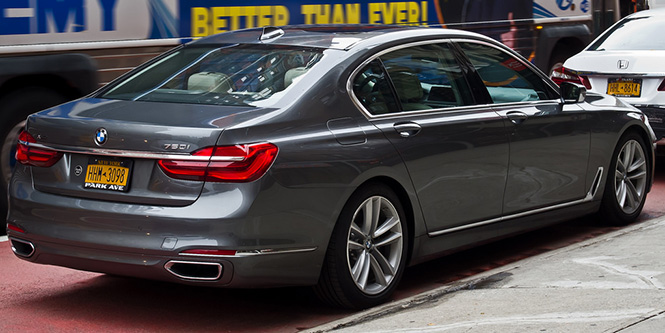 While the front perfectly embodies the new BMW design, the rear also gets equal attention from the makers of the BMW 7 Series Facelift. The rear bumper will carry new styling elements with revised tail-lamps.

Read Also:- BMW Hybrid Hypercar May Be in Production

The cabin is luxurious and comfortable as is the case with all BMW offerings. However, this time it also gets an all-new digital instrument cluster that can be seen on the all-new X5 and the BMW 3 Series which are currently on sale for the global market.

As far as the engine goes, the BMW 7 Series Facelift may replace the current line of the 740e hybrid with the 745e. The 745e is not only more powerful but exceedingly more efficient. BMW may introduce the facelifted 7 Series sooner than later. India launch is expected in a few months time.