The new offering was first showcased at the Los Angeles Auto Show in November 2018. All three variants were on display during the show. While at the time the M50d carried a 3.0-litre inline six-cylinder diesel churning 400 hp at 760 Nm of torque. But on Indian Roads, the German Automaker will roll out more mainstream variants. These include:

BMW has localized production for the X7. This is also the reason behind the nine-month delay between Global and India Launch. Reportedly, the xDrive40i and xDrive30d will be launched in September 2019. 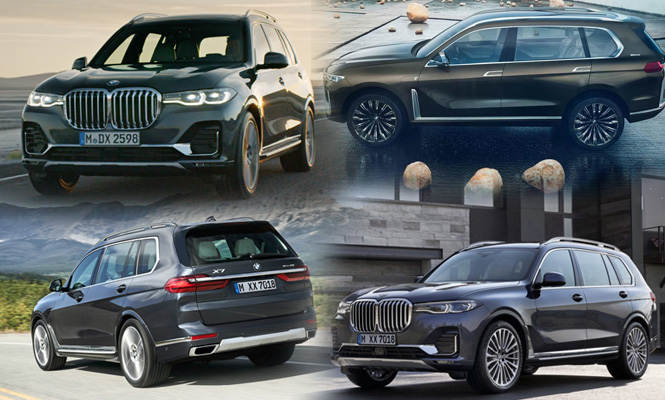 Key Features of the Three Variants

On the inside, the seven-seat cabin gets the best of both BMW 7 Series and X5. Rich both in luxury and features, the cabin gets 12.3-inch touchscreen infotainment display, a digital instrument panel housed in a multi-layered dashboard. Other standard interior highlights include:

Upon launch, the X7 M50d will carry a whopping Rs 1.6 crore (ex-showroom) price tag. The price of the other two variants will be unveiled as their launch date draws nearer in September 2019. They will, however, carry a more affordable price tag. On Indian roads, the three variants will rival the likes of Mercedes-Benz GLS, Land Rover Discovery and similar premium SUV in their respective categories.