Following the recent launch of the BMW X4 in India, the German carmaker is all set to launch the all-new BMW X5 in the country on May 16, 2019. The 4th generation X5 will go on sale soon after. Including these two, the company will launch a total of 12 new models this year.

For now, the new X5 will be released only in a diesel engine variant, which will have a 3.0-litre, 6-cylinder turbocharged diesel engine capable of producing peak power of 265hp and peak torque of 620Nm. The petrol version of the new BMW X5 is likely to be revealed later featuring a 3.0-litre, turbocharged 6-cylinder petrol engine. Engines in both variants will be coupled with an 8-speed automatic transmission box.

The updated X5 car is larger than the existing model. It is 4,921mm in length, 1,970mm in width, 1,737mm in height and features a 2,975mm wheelbase which is 42mm extra over the previous model. While the boot space at 645 litres in the new car is same as the old one, the rear seat passengers will get extra space for added comfort. The boot space can be extended to 860 litres by folding the rear seats. 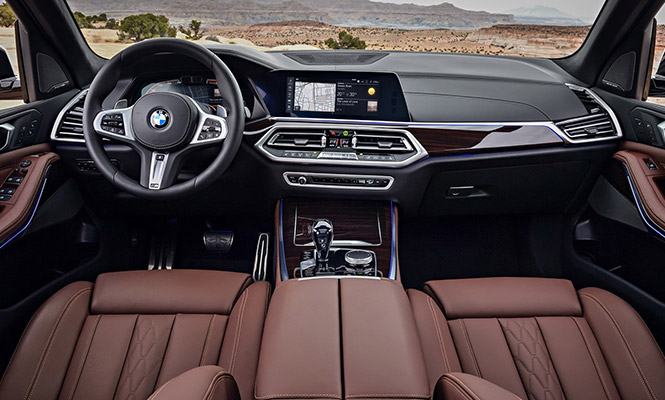 In terms of design and interior, the new X5 will have standard look featuring a large kidney grille up front along with new LED daytime running lights and new headlamps. On the rear side, the car features horizontally mounted LED tail-lamps. The new SUV looks more stylish and impressive than the ongoing model.

Similar to the existing model, the new BMW X5 will be made available in a series of trim variants including the popular M Sport variant to keep up with the demand. The car will go on sale on May 16, 2019, however, there is no news yet about the price.