The wait is over. The most awaited Mahindra XUV300 is ready for the sale and Mahindra has officially opened the bookings in India via dealership and online. So the buyers who were eagerly waiting for the opening can now grab the XUV300. Mahindra has also disclosed new information about the XUV300 which promises to give features that are never seen in this segment. Let us check them out-

Talking about the level and range of the XUV300 in SUV, Veejay Ram Nakra, Chief of Sales & Marketing, Mahindra & Mahindra Ltd. said that it will compete for the SUVs whose range is between Rs 8-12 lakh (ex-showroom).

The platform of the XUV300 is the X100 of SsangYong Tivoli and it has been upgraded and modified so that the length becomes sub-four-metre which will help the price of the Mahindra to be aggressive. Mahindra also said that the XUV300 will be the widest SUV in its range along with the longest wheelbase which will help in giving more free space for 5 passengers. 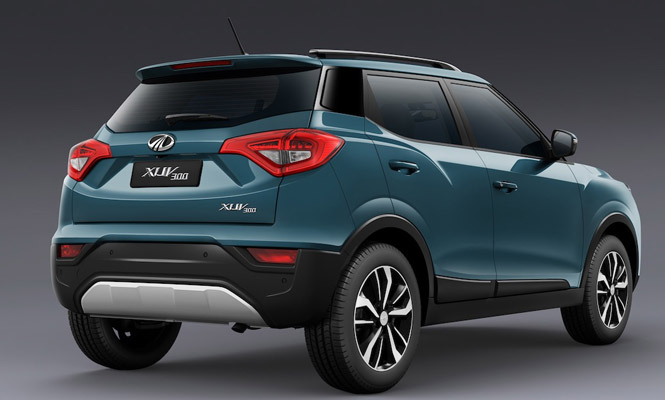 Mahindra for the very first time disclosed that the XUV300 will come with total of 4 variants- W4, W6, W8, W(O). it will contain the standard features in all its range like disc brakes on all-four wheels, airbags, ABS, LED tail-lights and all four power windows. Mahindra also said that the variant W8(O) will offer “additional technology and safety features” that will also include front parking sensors, dual-zone automatic climate control, 17-inch diamond-cut alloy wheels, a sunroof, an 8.0-inch touchscreen, and a class-leading seven airbags.

The Mahindra XUV300 will not only give the tough competition to its compact SUV rivals like Tata Nexon, Vitara Brezza and the Ford EcoSport but will also compete in the market share with Hyundai Creta.

Mahindra Confirms Next-gen, Will Not Participate in Auto Expo 2020
Views: 3266