KTM RC 390, the most awaited motorcycle from the Austrian bike maker, is already in the row of 2016 launch. As of now, the quarter-liter motorcycle is on the podium of ongoing 2015 EICMA show in Milan. The Orange team has paid a lot of attentions to make it more advanced and powerful as 2016 model comes loaded with a host of dynamics features that will meet with the requirement of its followers. 2016 KTM RC 390 blessed with a slipper clutch that will improve the overall performance of the motorcycle. And, it also benefits with the Ride-By-Wire technology that is resulting the dynamic performance and improved fuel economy. 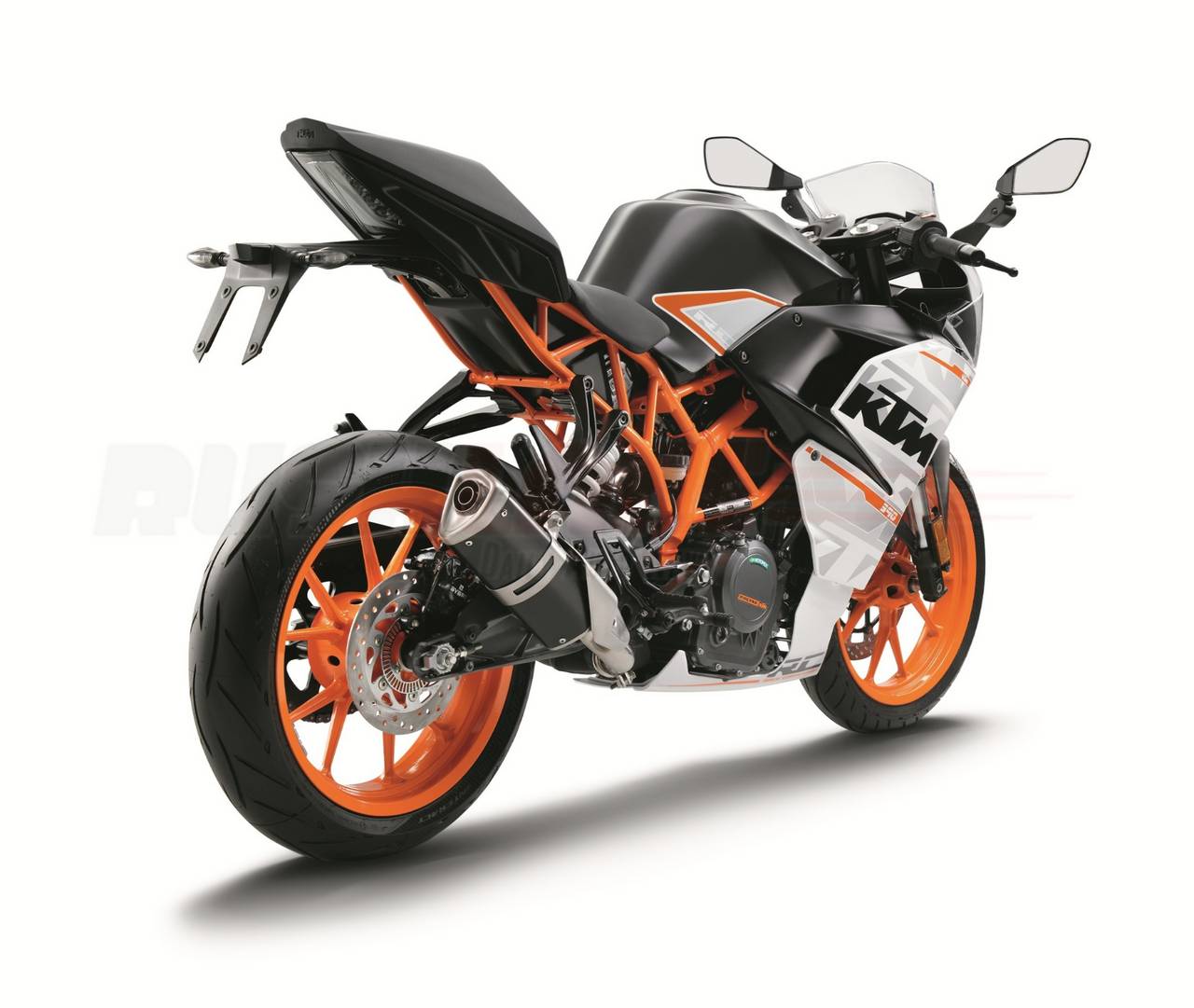 The KTM RC 390 is powered by the same 373cc liquid-cooled and single cylinder motor that returns 44PS of power at 9500 RPM and 35 Nm of torque at 7250 RPM, all the power output are kept under control by six-speed transmission. The electronic fuel injection system will improve the fuel economy without effecting the power output.

Visually, excluding the few things, the overall design and body cues remain untouched as it gets side mounted exhaust instead of underbelly. The full size aluminum exhaust to meet Euro4 emission norms. It has received adjustable handlebar levers and bigger rear view mirrors. Furthermore, the changes that are made by the Austrian two-wheeler maker in the motorcycle are- new 320mm front disc brake, Vapor Recovery System for the fuel tank and Brembo Brake System. It weighs 166kg and endows 0-100 km/h in just 5.6 seconds, the top speed has been noticed at 179 KMPH.

The 2016 KTM RC 390 will be manufactured at the Bajaj’s Pune plant and the updated model is likely to be launched in the country by the beginning of the next year.