As per the reports, 2018 is going to be a great year for India’s largest two-wheeler manufacturer, Hero MotoCorp. As the automaker has lined up an array of new products to showcase at the imminent 2018 Auto Expo. That includes the Hero Xpulse concept and a new 300cc motorcycle that is being said to be based on the Hero XF3R concept. Other than this, the new Xtreme 200S is set to hit the Indian market on January 30.

If the styling and design cue of this new 300cc motorcycle are concerned, it will be a naked roadster and will share most of its styling elements straight away from the concept model, as revealed by sources nearest to the production specs version. Though, the continuity of components like the single-sided swingarm and an under-seat exhaust muffler is questionable.

If have a look at the Hero XF3R Concept, it is a motorcycle based on a trellis frame that is supported by an exposed, red finished subframe. Other than this, the chiselled fuel tank with sharp extensions, split seat and bulbous front forks are some other highlights of the streetfighter with forwarding mass leaning stance. While the powering on this new motorcycle is expected from an indigenously developed 300cc single-cylinder engine. This liquid-cooled motor is likely to churn out power in the range of 25-27PS along with the torque nearabout 24Nm. While the power transmission duties are likely from a 6-speed gearbox that will be the first on any Hero Motorcycle. 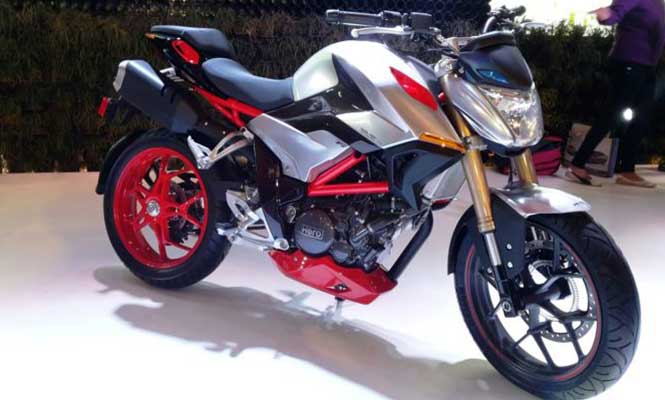 Speculation is the suspension setup could see alteration on the production-spec motorcycle, it could be furnished with the telescopic front forks and an offset monoshock unit at the rear to keep the price of the motorcycle in check. While, at the braking front, disc brakes at both ends along with the ABS as optional extra will handle the de-acceleration of the motorcycle.

Here in India, it is likely to hit the Indian ground at the pricing near about INR 1.7-1.9 lakh (ex-showroom) sometimes near about the festive season this year. In the segment, the new Hero 300cc will go in competition with the likes of the Bajaj Dominar 400, KTM Duke 250 and the Mahindra Mojo.

Hero MotoCorp Armed its Commuter Bikes with the Safety of SBS
Views: 1810

300cc Hero Bikes Under Development: Hero XF3R Could be First to Launch
Views: 3263