Hyundai has introduced the Creta facelift with a price tag of Rs. 9.44 lakh in India. The SUV is available in five options, three engine choices with the two transmissions. The top variant of Creta facelift, SX (O) MT diesel is priced at Rs. 15.04 lakh.

As compared to the predecessor, the new Creta gets a larger, hexagonal grille with chrome lining, separate front fog lamps, a slightly revised rear bumper, a new black chin and a thick new front bumper. The Creta facelift as well takes a list of monotone finishes, a dual-tone exterior finish, single tone color choices from silver blue, red, black, orange, white and a dual-tone finish options of black and white, orange and black. 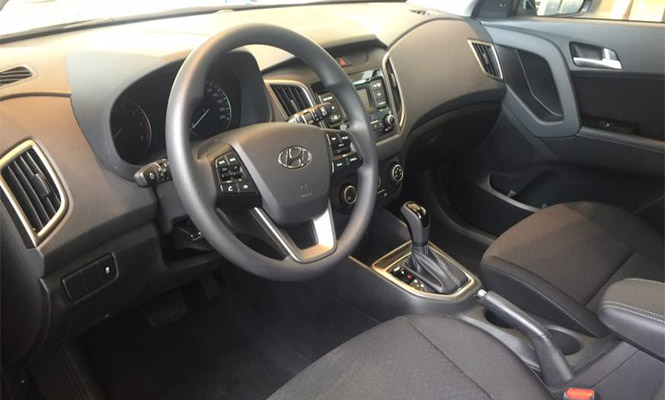 The inside is not that much updated and dashboard design also retains its place. Although, Hyundai has revised the equipment kit on each variant differently, and the base E variant obtains standard kit revised with a front sliding armrest and driver’s seat height adjustment. Further, it gets an IPS display, 17-inch alloy wheels, cruise control, projector headlamps and the AVN infotainment system. The top-spec SX (O) also comes equipped with a six-way adjustable driver’s seat, cruise control, a powered sunroof, wireless charging support, a smart key band and six airbags. 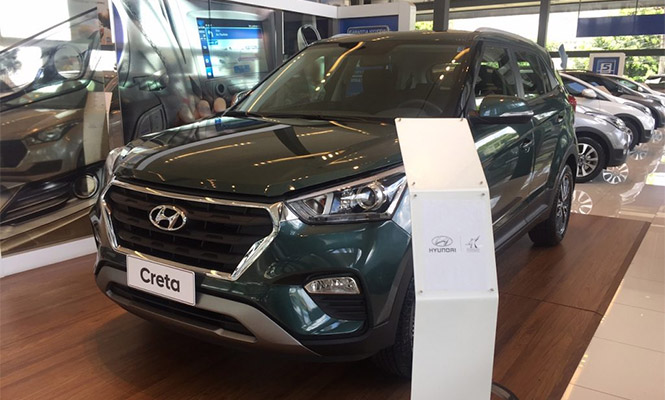 The Creta facelift competes against the same the Renault Captur, Maruti S-cross and seven-seat Honda BR-V.

In line with its predecessors, the Hyundai Creta facelift has witnessed a prolific public response. The model was first launched in 2015 and was a crowd puller in those days too. However, the mid-life 2018 update of the model has surpassed all expectations. Within just two months of its launch, the muscle SUV has recorded 32,000 bookings. A welcome increase has been in the demand for the petrol variant. It alone accounted for 32 percent of the bookings. Reportedly, Hyundai sold 11,111 units of the SUV in June 2018. Petrol variants accounted for 3,583 units of the total sales figures while the diesel unit sales stood at 7,528 units.

Hyundai Creta Sets A Milestone: Check Out How
Views: 765