Hyundai Elantra facelift has been spotted spied testing on the roads of South- Korea revealing the design and feature of the upcoming facelift version of Elantra, as the spy shot images sported with a heavy camouflage. The previously spied testing images showcased us the modified tail lamp and rear bumper featuring a number plate, whereas the latest spied images is demonstrating the sedan’s modified headlights. The previously launched facelift version of Hyundai Elantra is currently available for purchase in India in which the number plate is positioned on the boot lid. 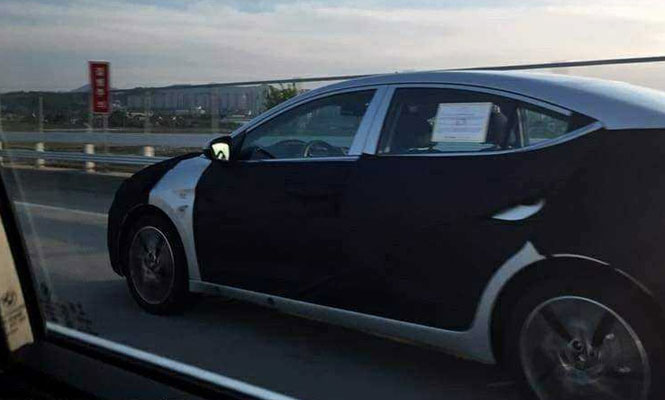 While talking about exterior upgrades, the latest spy shots revealed that the 2019 Hyundai Elantra facelift will come with four projector- lens LED headlamps with some modified changes which would provide better lighting as compared to the current model. The new facelift version features a new daytime running lamps (DRLs) on the top, though Jaguar-esque LED DRLs are available in the current model. Additionally, the tail lamp graphic features have been modified by the automobile manufacturer in the facelift version and now it has designed in a horizontal manner rather than hexagonal which is available in the current model.

Some of the other changes which have not been visible in the spied testing images are modified Cascading Grille, new bumpers and upgraded boot lid. It seems that the South-Korean automobile manufacturer company would not make any changes in the internal specifications of Hyundai Elantra facelift but might offer some modifications internally similar to Tucson. If in case automobile manufacturer company adopted the Tucson technology it seems that company could offer touchscreen infotainment panel on the centre of the dashboard with some modifications. 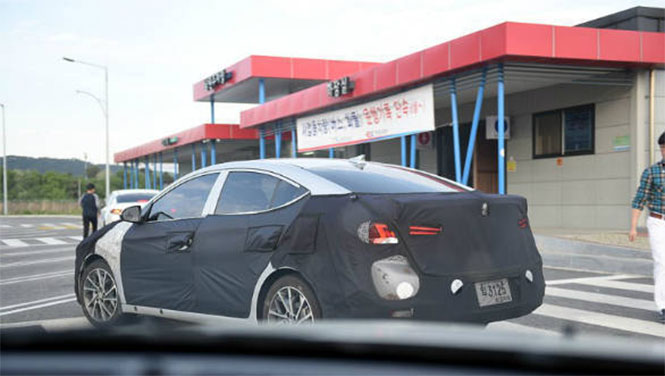 The Indian variant of Elantra is packed with features such as 8-inch infotainment system offering Apple CarPlay and Android Auto, hands-free boot release, sunroof ventilated front seats and six airbags. The upcoming facelift version of Sedan is likely to be equipped with better features over its predecessor.

Mechanically, the petrol variant of Hyundai Elantra are likely to share the same engine specs as the current model - a 2.0-litre Nu MPI petrol engine that churns out a 152PS of maximum power and 192Nm of torque. Hyundai-Kia CVT transmission gearbox will be used by the company in Elantra facelift instead of 6-speed automatic gearbox. 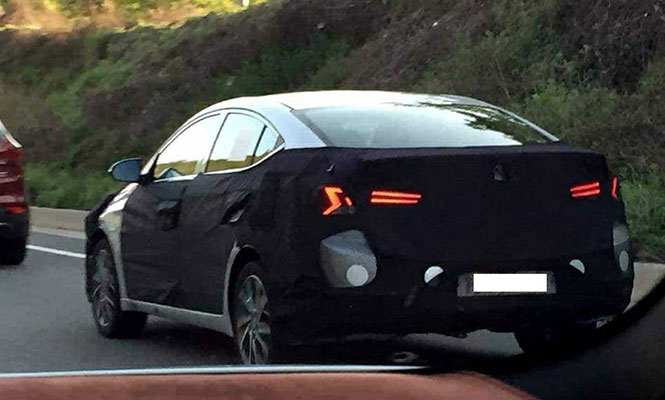 On another hand, Hyundai Elantra diesel variant is likely to come with a 1.6-litre U3 CRDi engine that delivers 136PS of power and 320Nm of torque, which is 8PS and 60Nm higher as compared to current 1.6-litre U2 diesel engine. The update diesel variant of Elantra is likely to feature a 7-speed dual-clutch transmission (DCT) rather than the current 6-speed auto ‘box.

Read Also - Tata H5X To Get Harrier As Market Name

Hyundai will provide both petrol as well as diesel engine options in the upcoming 2019 Elantra which will be based on 6- speed gearbox transmission duties. The upcoming Elantra facelift is likely to unveil by the end of this year in South- Korea, though it is expected that the automobile manufacturer would unveil it globally sometime in 2019 including India.

Hyundai Cars Will Be Expensive Starting From June 2018
Views: 927