The financial year 2018-19 ends up with positive sales in the car segment. The industry witnessed a hike of 2.7 per cent on Year-on-Year (YOY) basis in March 2019 as compared to the similar month last year. The data analysis says that the compact SUV, premium hatchback and the compact sedan segment were among major priorities of the Indian buyers. While the manufacturers-Maruti Suzuki, Mahindra & Mahindra and Toyota were among the top contenders in March 2019 with strong sales.

The country’s largest four-wheeler manufacturer, Maruti Suzuki reported a growth of 6 per cent in March 2019 with sold out 1,45,031 units as compared to 1,36,912 units decomposed in February this year. FYI, the Celerio and the Ignis, one of the brand’s most selling hatchbacks have been among volume generators for the company with a possible rise of 225 per cent and 142 per cent in their sales respectively.

The elimination of the Omni van (a substantial contributor to Maruti Suzuki sales) and the Gypsy has also remained the centre of attraction for the enthusiasts and Maruti Suzuki lovers. The brand took this decision as the models were not complying with the new safety norms and updating them would not be the right decision.

If compared March 2019 sales with the corresponding month last year, the company indexed a fall of 1 per cent and the new safety norms are being considered as a viable reason behind.

Mahindra, on the other hand, is growing each passing day with the introduction of new cars in the country. The company recorded an MoM growth of 30 per cent with 25,982 units dispatched last month as opposed to 20,038 units sold in February 2019. 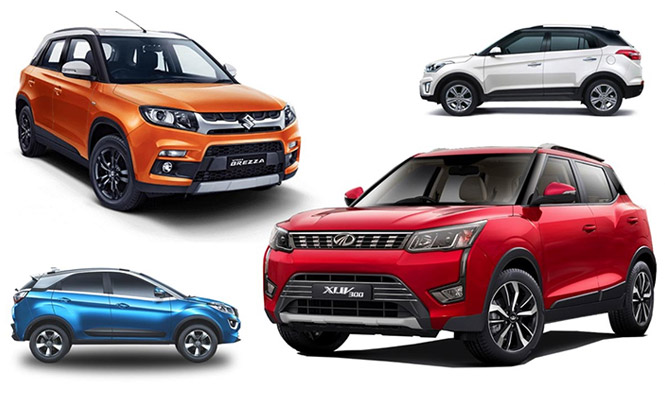 The popular Indian utility car manufacturer sold out 4,742 units of its newly launched Mahindra XUV300 in just one month since launch. While other prominent SUVs for Mahindra, the Scorpio and the XUV500 remained the bestsellers with the respective growth of 22 and six per cent. Among others, the Marazzo and the Alturas G4 which are the latest offering from the famed Indian carmaker indexed a rise of 5 per cent and 25 per cent in sales respectively.

While on the YoY basis, the registered growth for Mahindra stands at five per cent growth with cumulative sales of 25,982 units in March 2019 as opposed to 24,767 units sold in the same month last year.

Last but not the least, the Japanese car manufacturer Toyota also emerged with strong sales in March 2019 and managed to post an increase of nine per cent in sales with 12,818 units sold as compared to 11,760 units sold in February 2019. The Camry and the Prado which are brand’s premium models recorded a whopping growth of 51 per cent and 50 per cent respectively. While the models like the Corolla and the Fortuner remained most demanding among Indian audience and garnered a hike of 16 per cent and 14 per cent respectively. As for YoY growth, Toyota posted a growth of two per cent in March 2019 with 12,818 rolled out units in contrast with 12,539 units decomposed in the same month last year.

With the emergence of new brands in the Indian market, it is being expected that the new FY19-20 would see more competition than ever before. Also, the revised prices thanks to new safety features will also play a vital role in the success of new automakers as India is a price sensitive market.