As per a recent market report, Jaguar has registered the names- I-Pace, I-Type and Velar for the future cars that are to be brought in the market soon. The first two names clearly indicate that these will be the electric cars, whereby the former is a battery version of F-Pace and latter is the F-Type's electric avatar. Moving on the Velar, this moniker seems to be taken from the name of Range Rover's prototype, while it was being developed back in the 60's.

Coming to the design, it might be based on the C-X75 concept that was unveiled for the first time at Paris Motor Show in 2010. This concept is packed with four powerful motors each driving one of the wheels. The combined output from this mechanical setup is measured to be around 780Bhp. Even if the powertrain does not turn out to be exactly the same, it won't be any less for sure. 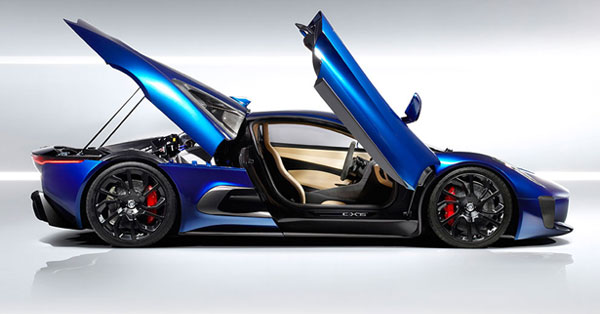 Moving on to the Velar, the fact that it's name has been derived from Range Rover's old prototype, makes it obvious that it's going to be an SUV. I mean what else does the Land Rover make except for SUVs? Even their convertible is carried on a utility vehicle. GRIN! As far as the competition is concerned, the I-Pace will be seen rivalling the likes of Tesla Model X, Audi Q6 E-Tron and forthcoming Volvo XC 90. Further, the I-Type will have to battle it out with BMW i8, Tesla Model S and other electric coupes.

All You Need to Know About Jaguar Land Rover Discovery India Launch
Views: 3271