Leaked: Compass Limited Plus with panoramic sunroof set for a Dussehra Release

India’s SUV Market is turning out to be a global war zone for Automakers around the globe. The SUV segment has become the apple of every automaker's eye. Keeping up with the trend, Jeep, a recent entrant into the Indian Automobile market, is all set to add a new variant to its list of Jeep Compass offerings. Recent leaks reveal that Jeep India may introduce a new variant of its popular Compass line up by as early as Dussehra this year. Christened as the Compass Limited Plus the new entrant will be the 11th member of the Jeep Compass India family. Reportedly, the current Compass variants come in two engine and two gearbox options. Jeep has been quite upbeat and aggressive in its approach. Just a few days back it had announced the Compass Black Pack edition. 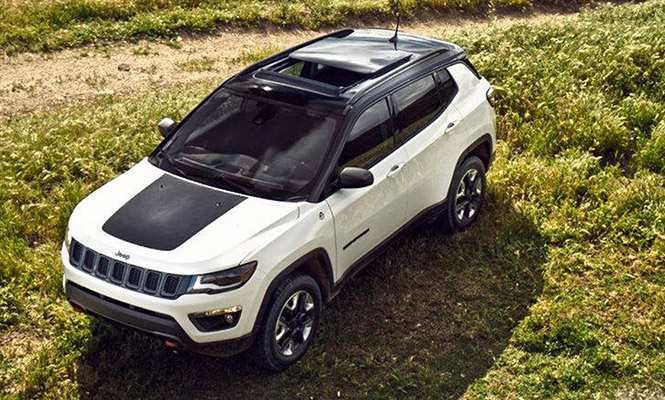 This Diwali season the American Automaker is offering a more lavish variant in sync with the taste and demands of Indian buyers. The Jeep Compass Limited Plus will boast of top-end specs like a panoramic sunroof, larger 8.4-inch touchscreen infotainment system, 18-inch alloy wheels, and power adjustable driver (eight-way) and front passenger (four-way) seats.

Safety features on the new trim will include rain-sensing wipers with dual front and side curtain airbags as standard. Jeep Compass lovers will also have two engine variants to choose from. The Petrol trim will be powered by 1.4-litre turbo-petrol engine coupled to an automatic gearbox. The diesel variant will, however, carry a 2.0-litre diesel engine churning 173hp power. This is slightly more from the petrol trim which produces 163hp. However, the diesel variant has a manual gearbox.

As far as price tag goes, we expect the Limited Plus to costlier by Rs 1.5 lakh. At present, the top-spec Limited 4x4 (O) trim comes at Rs 21.94 lakh, ex-showroom, Delhi. Jeep also has plans to launch its flagship Compass Trailhawk earlier next year.