Mercedes-Benz CLA 200 Urban Sport finally launched in India at a price Rs 35.99 lakh. The Mercedes took this decision to counter the upcoming festive season in India with its much talked about C class sedan.

This new special edition CLA sedan is available in both CLA 200d diesel engine and CLA 200 petrol options. As the car is in the limited edition pack, it would get an attractive "Cosmos Black" exterior paint shade. 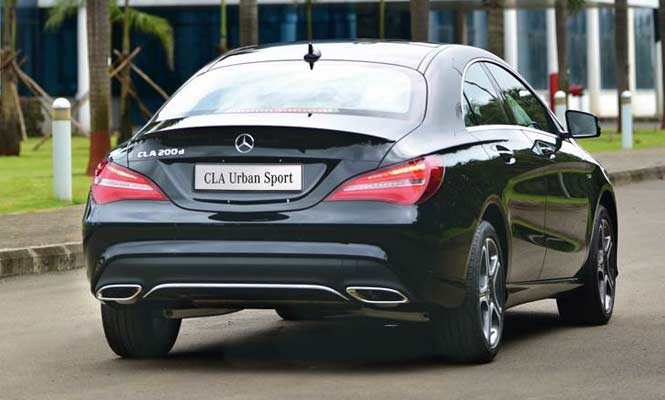 Along with the colour shade, it also gets dual-zone climate control, rear AC vents, special floor mats and badging, and a faux carbon rear spoiler. The CLA urban sports edition is no different in the engine part as it comes with the same engine specs.

It is powered with the same 184hp petrol and a 136hp diesel engine which costs Rs 35.99 lakh for the petrol variants while the CLA 200d diesel Urban sport would come at the price of INR 36.99 lakhs ex-showroom. The new urban sports edition would lock its horn with Audi A3 sedan in the Indian market.