The new KTM RC 390 which was launched in India last year, now spotted in a 2019 calendar year avatar. In fact, a test mule recently captured with updates shared from new generation KTM Duke 390. The Duke 390 has already been overhauled with major updates like the all-LED headlight, digital instrument cluster with touchscreen and Bluetooth compatibility. However, the RC 390 received minor updates.

From the images, the 2019 RC 390 is now a big bike with all the updates seen on the Duke 390. In its market-ready guise, the motorcycle will be a comprehensive transformation of the ongoing model. It will be bigger, heavier due to affixment of components like the muscular and larger front fairing, a bit larger fuel tank and a new wind deflector as well. 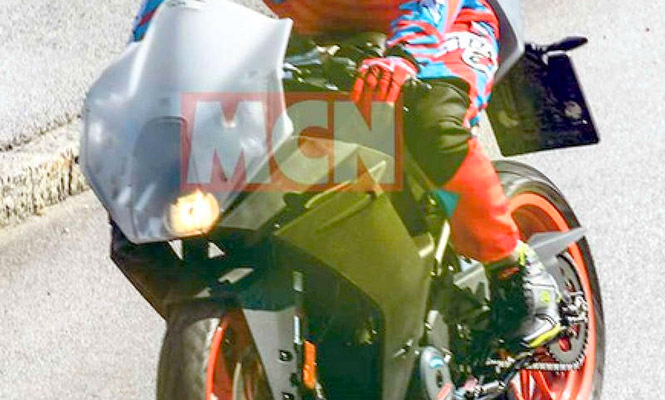 The performance on the new 2019 KTM RC 390 is also expected to be refined with the fitment of rumoured new WP suspension and updated powertrain with BSVI emission norms. The stocked engine on the current RC 390 counterpart is rated to deliver 43 hp and 36 Nm.

The manufacturing of the latest RC 390 will also take place at the Bajaj’s Pune based facility, where the Current RC 390 is also under the pipeline. All the KTM bikes up to 400cc (Duke and RC series) are exclusive crafted in India and exported globally. The major factor behind an affordable price tag for KTM bikes in India. The pricing for the new KTM RC 390 is expected to be premium about 20-25k over the current RC 390. Once launched, it will rival against the models like Kawasaki Ninja 400 and new Yamaha R3.