Lamborghini Huracan Evo Launched in India: Check Out the Prices

The powertrain of the Huracan Evo has been taken from the 2017 launched Huracan Performante. It is powered by a 5.2-litre naturally aspirated V10 which churns out 640hp (30hp more than the former model) of maximum power and 600 Nm of maximum torque. For acceleration of 0-100kph it takes 2.9 seconds while for 0-200kph it takes 9.0 sec. The top speed is same as of the former model i.e. 323.5kph.

The Lamborghini Huracan facelift is featured with new front bumper, rear diffuser, rear bumper and new twin exhaust pipes is sits higher same like the Huracan Performante. The aerodynamics of the Evo has a super-slippery underbody and a new integrated ducktail spoiler which is better in balancing downforce and drag than the former model. 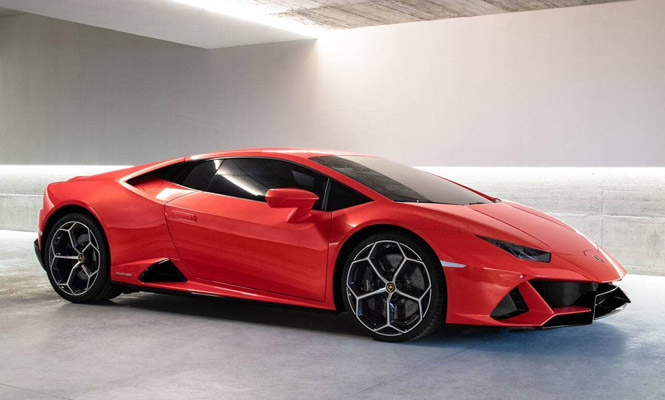 Huracan Evo also get a new chassis control system called LDVI (Lamborghini Dinamica Veicolo Integrata). The LDVI is designed to observe and control the acceleration, pitch, roll and yaw rate. It also have an enhanced torque vectoring system and a new-gen of magnetorheological damping.

The cabin of the new Huracan has an 8.4-inch capacitive touchscreen in the centre console which is furnished with Apple CarPlay and an advanced voice command system. Lamborghini also offers a new option of dual-camera telemetry system with a high-capacity hard disk in the Huracan Evo.

The Lamborghini Huracan Evo competes with the rivals the Audi R8 V10 Plus and the Ferrari 488 GTB in Indian market.

Just When We Thought We Have Seen It All, Lamborghini Unveils The Beast: SC19 Alston
Views: 2209