Mahindra was seen flaunting its XUV Aero concept at the 2016 Delhi Auto Expo, which succeeded to gain a lot of attention. While most of you must be wondering whether the car will be seen in the showrooms for sale, some fresh reports indicate that the automaker is evaluating the possibility. According to Mr Pawan Goenka, Executive Director, Mahindra & Mahindra, if the vehicles gets a positive feedback, it could be launched around INR 20 Lacs in the Indian market.

Further reports suggest that if the Aero goes into production, it could be introduced as the entry level sports crossover and might be positioned as company's flagship model. The model shown at the event was designed by inputs from Pininfarina, which has now been acquired by the automaker. 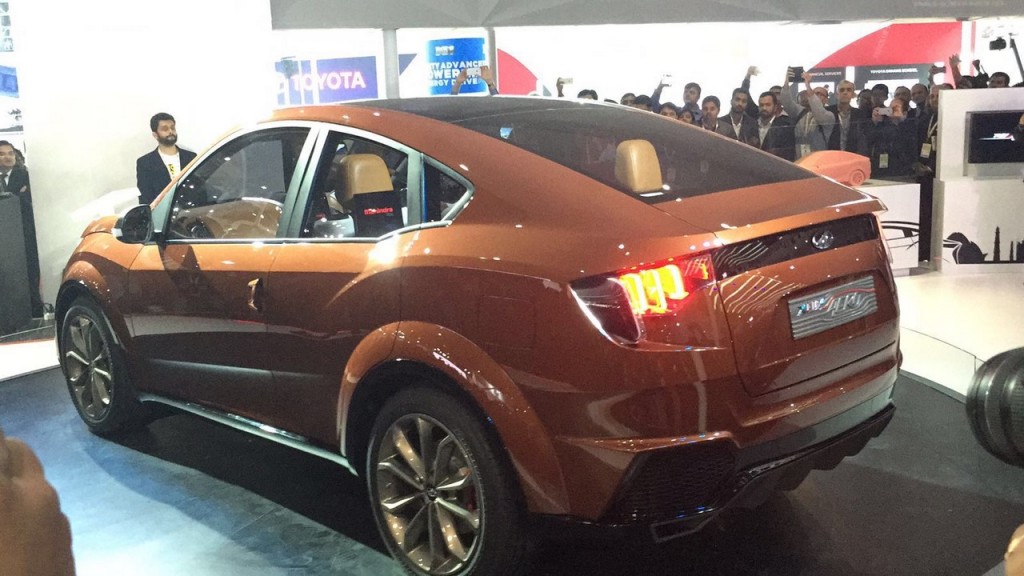 Explaining the design in detail, the car looks much like a refurbished version of XUV500 from the front portion. It carries various unique elements that are not present in any product in the lineup currently. LED tail lamps, rear spoiler and a sloping roof line clearly indicate a rare combination of an elegant luxury supercar standing with an SUV-ish stance. Smirk!

With so much of strategic planning and especially after the acquisition of Pininfarina, a lot is being expected from Mahindra. We might start seeing the tough rugged vehicles from the brand with some fresh and unique styling. Interesting! Isn't it? Grin!