Mercedes-Benz, which is known for manufacturing luxury cars, had launched the first GLC earlier in 2015. Now, its refreshed (Facelift) model is due to launch in 2019 and has been recently spotted spied testing in the China market.

The spied-testing photographs of the upcoming Mercedes- Benz GLC have been surfaced on the internet recently. We can see in the photographs that the car has new alloy wheels, new headlamp units as well as remodified grille and bumper from the outside view. The remaining features of the new SUV are similar to the current GLC.

From the inside, the new SUV is likely to come with a 12.3-inch virtual instrument cluster. Furthermore, the car will be having a larger 10.25-inch central display as well as multi-function touchpad along with handwriting recognition. These great features are currently available in the GLC F-Cell hydrogen fuel-cell variant that was showcased in September 2017 at Frankfurt. 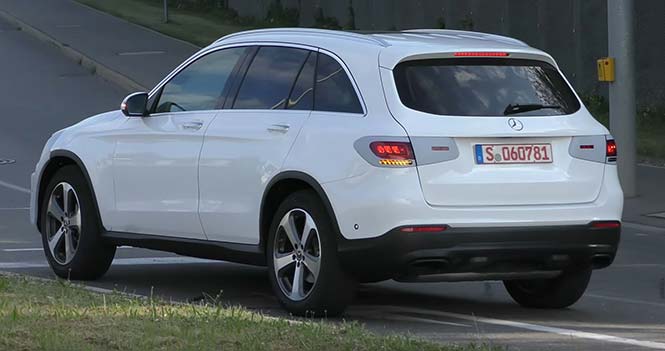 However, the petrol engine option of new SUV is expected to remain the same as the outgoing model.

Mercedes-Benz GLC Coupe Expected to Launch in India by 2017
Views: 1708