A special edition has been brought out by Mini for its Cooper hatchback called Oxford Edition, which is priced at Rs 44.90 lakh (ex-showroom, pan-India). Only 25 units of car has been released with two external colors- Midnight Black with Solaris orange accents (roof and mirror caps) and Solaris orange with jet black accents (roof and mirror caps). The booking of the car will be exclusively available via Amazon India.

Exclusively to the Oxford edition, High degree customisation will be provided by the company with many styling packs and the Mini Yours programme.

LED door sill finishers, side scuttles and special LED door projectors (to denote the limited edition, it displays ‘1/25’ ) includes in the Mini Yours customised parts.Leather seat will be offered to the Oxford Edition in two color- Leather Chester Malt and Solaris orange, a head-up display and a panoramic sunroof. 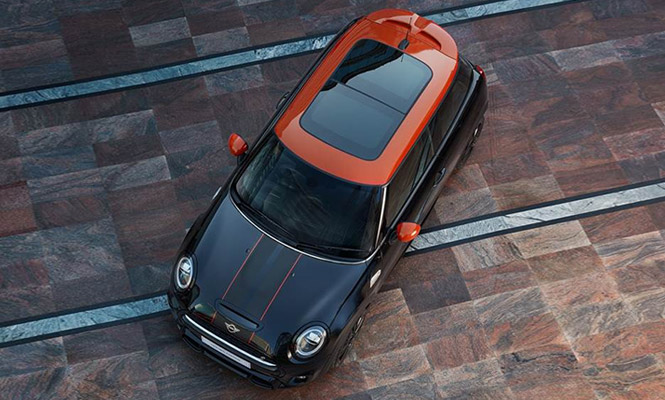 The interior of the car includes- the interior sports a piano black Union Jack design on the central console as well as the door cards, the Mini Excitement pack which comes with LED interior and ambient lighting in 12 selectable colors, and a rear-lit decorative strip for the instrument panel on the passenger side. A navigation, wireless charging, telephony, Mini connected XL and touchpad controller with a 8.8-inch touchscreen is included. 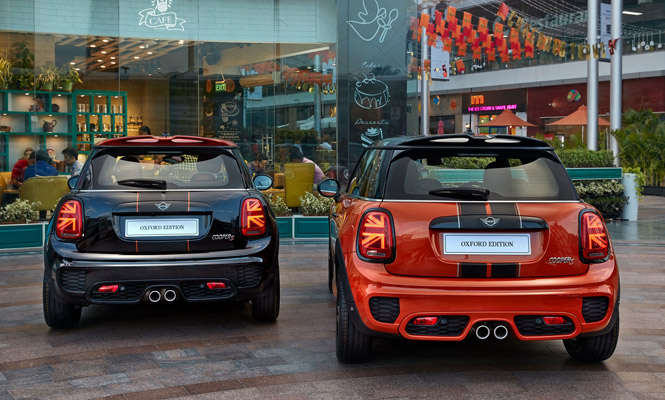 Infotainment options are also available such as- 360-Watt, 12-speaker Harman Kardon speaker system and Apple CarPlay. Mini Cooper Oxford Edition is powered by a 2.0-litre, four-cylinder turbo-petrol engine that produces 192hp and 280Nm of torque as it is available only with the three-door S model. The engine is coupled to a 7-speed dual-clutch automatic transmission and comes with multiple driving modes (Standard, Sport, Green).