Nissan is all set to roll out the next generation of its popular sedan model, the Sunny globally on April 12, 2019. The upcoming will be an international specs model which is already available on sale in several countries under the Almera and the Versa monikers. The new sunny will loosely be based on the Nissan Lannia sedan being sold in China and will share the design cues from it. It now will be featured more conventional rear door and boot design which will stand the car more in line with the current-gen sedans on sale abroad.

Under the hood, the new Sunny is expected to get 1.6-litre, four-cylinder petrol engine from the Kicks on sale in the international market. The powertrain is rated to develop around 114bhp of maximum power from the setup. 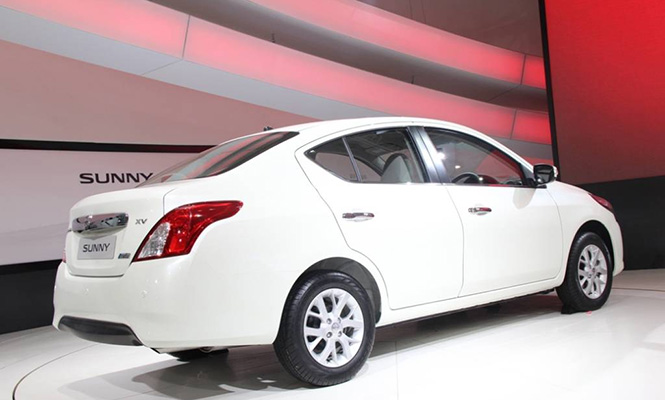 Apparently, the next-gen Sunny will rest on the updated V platform shared from the Nissan Note hatchback and the Kicks SUV sold in the International market. FYI, the Kicks that took into consideration is not the India-spec model that built on underpinnings shared from Renault-Nissan models.

At the exterior front, the Sunny boast of a chiselled front with a large V-motion grille incorporated to the front bumper. In addition to this, it gets sharp, new headlamps in line with a chrome grille outline as appears on the Nissan Kicks. The side profile receives a large glasshouse with a large rear dear, akin to the outgoing model. The market-ready Sunny is likely to come with a floating roof design.

While inside the cabin, the components including seat, dashboard, steering wheel, etc are shared from the Nissan Micra and Kicks. The next-gen Sunny will make its debut to India is not officially revealed by the Nissan yet. However, the Nissan Kicks has lately marked its presence in the Indian automotive industry at the price starting at INR 9.55 lakh and goes up to INR 14.65 lakh (ex-showroom, Delhi).

Not To Be Missed Discounts On Nissan Sunny and Micra
Views: 1073

Nissan Evalia Facelift to be followed after the Nissan Sunny Launch
Views: 3148